Are you the victim of E. coli poisoning related to a food poisoning outbreak? If so, this page is for you. Learn more about E. coli infections from the food poisoning lawyers at Schmidt & Clark, LLP. We are currently accepting new E. coli lawsuits in all 50 states. Contact us today for a free case review.

Our food poisoning lawyers are investigating potential lawsuits for people who were diagnosed with a confirmable E. coli infection you believe was caused by contaminated food or beverage.

Free Confidential Lawsuit Review
If you or a loved one had symptoms of E. coli, you should phone/email our law firm immediately. You may be entitled to compensation by filing an E. coli lawsuit and we can help. Please click the button below for a Free Confidential Case Evaluation or call an E. coli lawyer toll-free 24 hrs/day by dialing (866) 588-0600.

What is an E. Coli Infection? 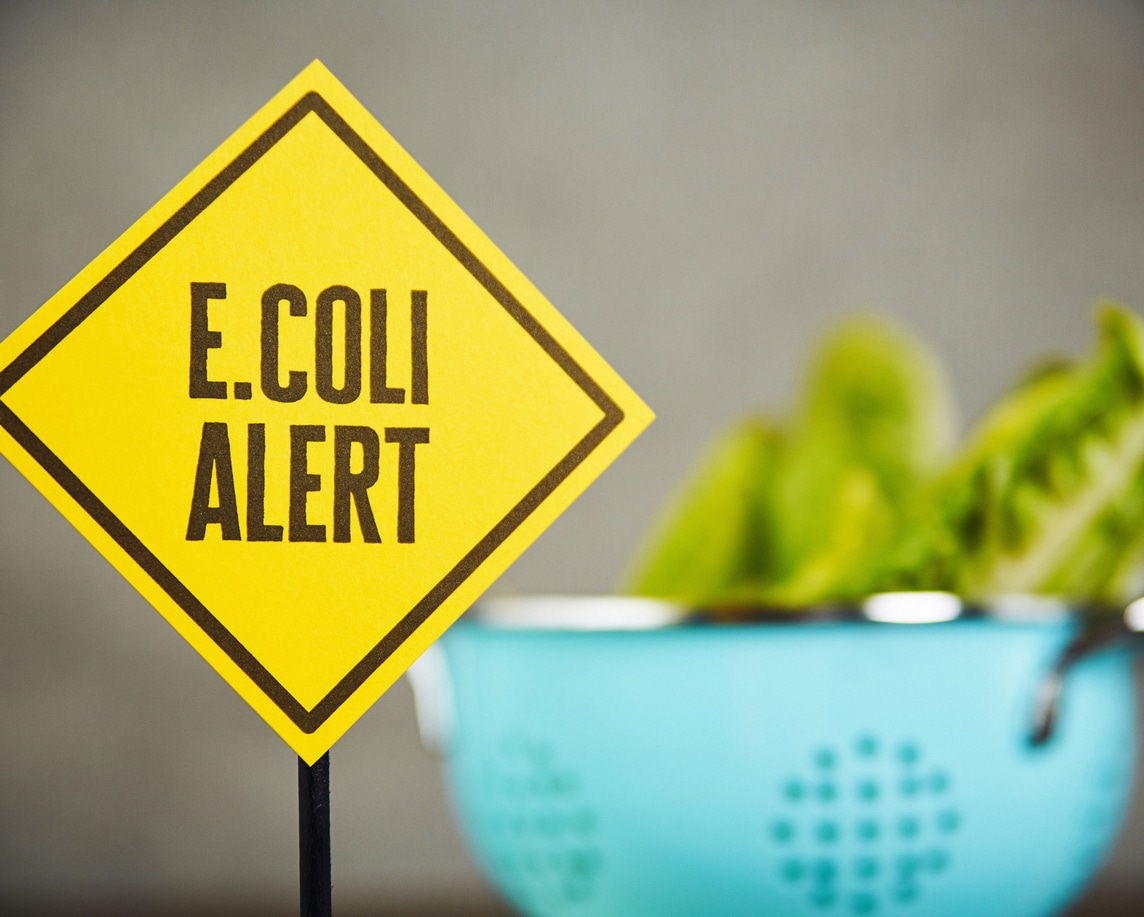 There are a number of different forms of E. coli bacteria, most of which are relatively harmless to humans. However, certain strains can cause bloody diarrhea, anemia, kidney failure, hemolytic uremic syndrome (HUS), and even death. E. coli infection is more common during the summer months and in the Northern United States.

E. coli O157:H7 is one of the hundreds of strains of Escherichia coli, according to the Minnesota Department of Health. Although most strains are harmless and live in the intestines of healthy humans and animals, O157:H7 produces a powerful toxin and can cause severe illness. Approximately 2 – 7% of E. coli O157 infections lead to hemolytic uremic syndrome, the agency said.

Shiga toxin-producing E. coli (STEC), which may also be referred to as Verocytotoxin-producing E. coli (VTEC) or enterohemorrhagic E. coli (EHEC), is the pathotype of E. coli that is most often associated with food poisoning outbreaks, according to the Centers for Disease Control and Prevention (CDC). Most cases of infection occur by eating contaminated food, particularly raw or undercooked meat. Infections can also develop from eating any product that has been contaminated with STEC, including lettuce, alfalfa sprouts, salami, and raw (unpasteurized) milk, juice, or cider. Symptoms of STEC infections can vary, but most often include severe diarrhea, stomach cramps, and vomiting. 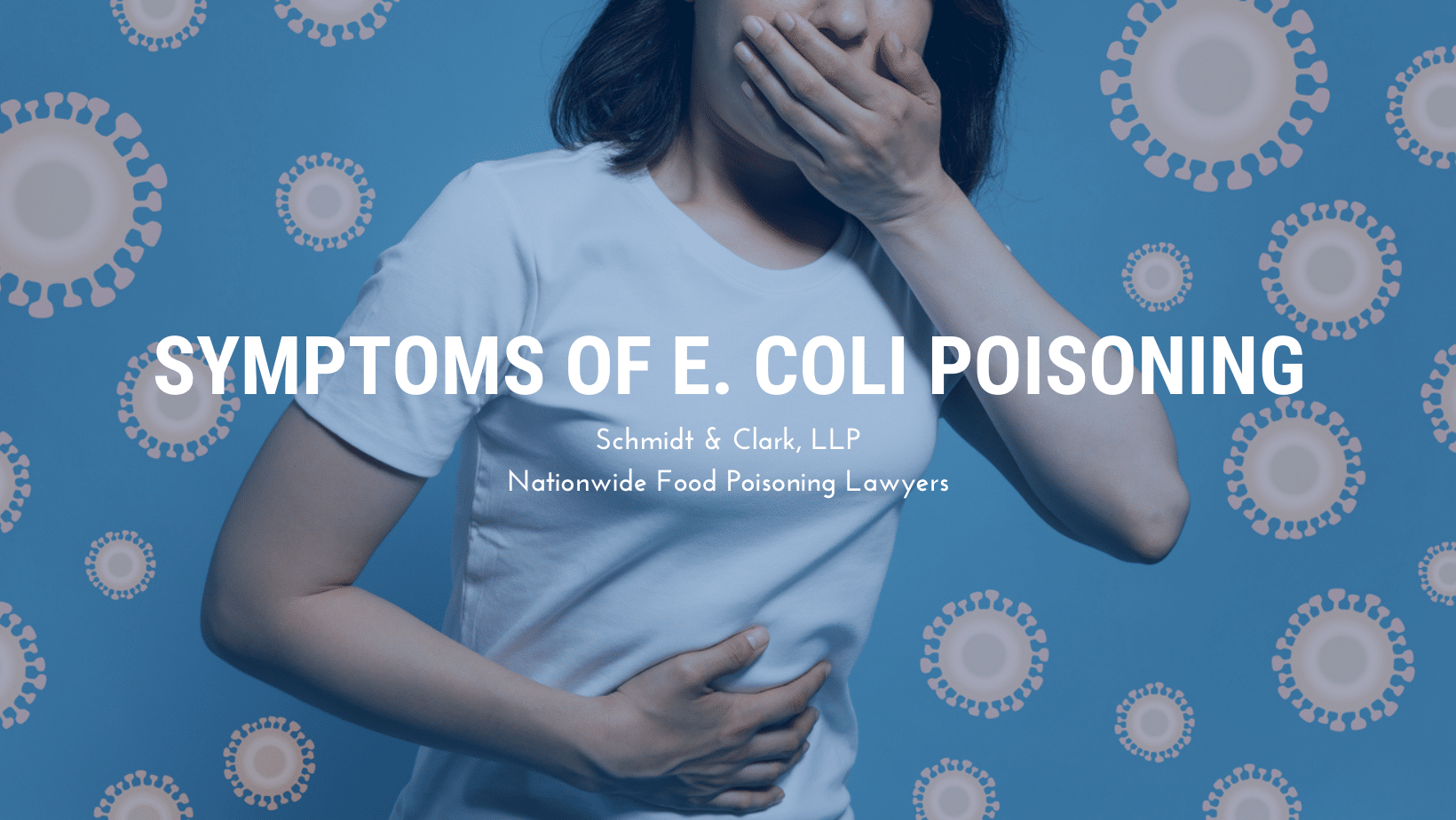 Symptoms of E. coli infection typically begin 3 to 4 days after exposure to the offending pathogen, though you may become ill slightly sooner or later. Signs and symptoms include:

If you have a severe E. coli illness tied to the bacterium you might have the following complications:

Sometimes, if a patient suffers a severe complication, they may end up in the hospital.

How is E. Coli Contacted?

Most E. coli infections are spread from person to person by fecal contamination of water and/or food, especially in raw meat, raw milk, and raw vegetables. Many outbreaks of diarrheal illness are caused by this behavior. Moreover, person-to-person contact easily spreads the organism.

How is E. Coli Diagnosed?

To properly diagnose an E. coli infection, the patient's doctor sends a stool sample to a laboratory to test for the presence of E. coli bacteria. The bacteria are then cultured to confirm the diagnosis and identify specific toxins, such as those produced by E. coli O157:H7.

Some common sources of E. coli bacteria include:

How is E. Coli Treated?

For most E. coli infections, what a person doesn’t do to treat symptoms is as important as what the person does do, according to Everyday Health. The article recommends avoiding E. coli treatment with antibiotics and anti-diarrheal medications, as they can actually increase your risk of developing hemolytic uremic syndrome (HUS) compared to a placebo, according to several peer-reviewed studies. What you can do to effectively treat E. coli, is:

Most E. coli infections are asymptomatic, or mild and self-limited, and most people endure the illness without seeking treatment from a doctor. In clinically apparent cases, most patients respond to supportive therapy, with recovery coming within 2 to 5 days, according to Epocrates. The majority of deaths in the developing world are due to volume depletion and/or dehydration.

An estimated 265,000 E. coli infections occur each year in the United States, according to the Centers for Disease Control and Prevention. E. coli STEC 0157 causes about 36% of these infections, and non-0157 STEC causes the rest.

What To Do If You Get E. Coli

Drink plenty of fluids and get rest. If you cannot drink enough fluids to prevent dehydration, or if your symptoms are severe (bloody diarrhea or severe stomach pain), call your doctor immediately. 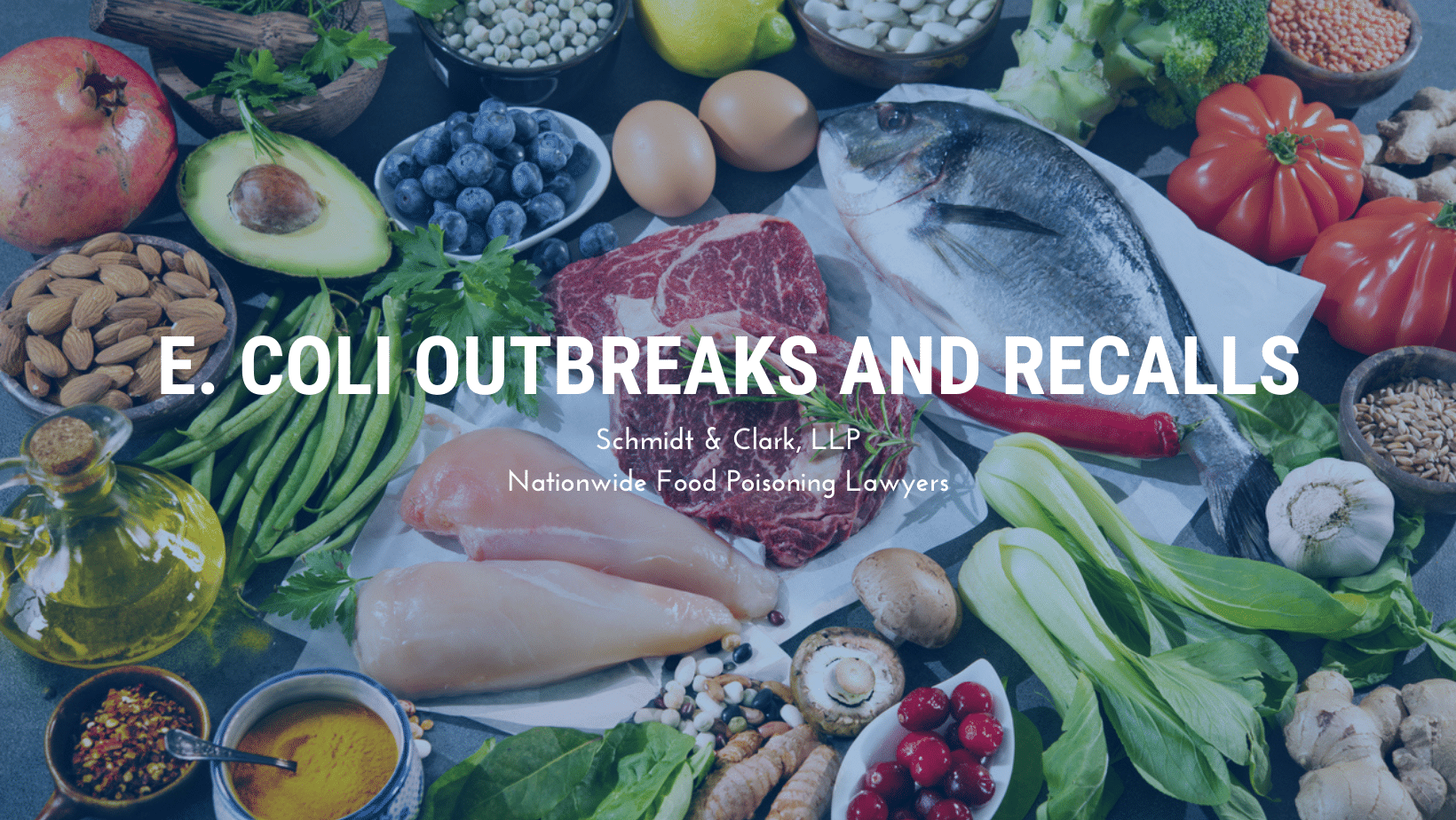 Practicing safe food behaviors can decrease your chances of developing an E. coli infection. These include: 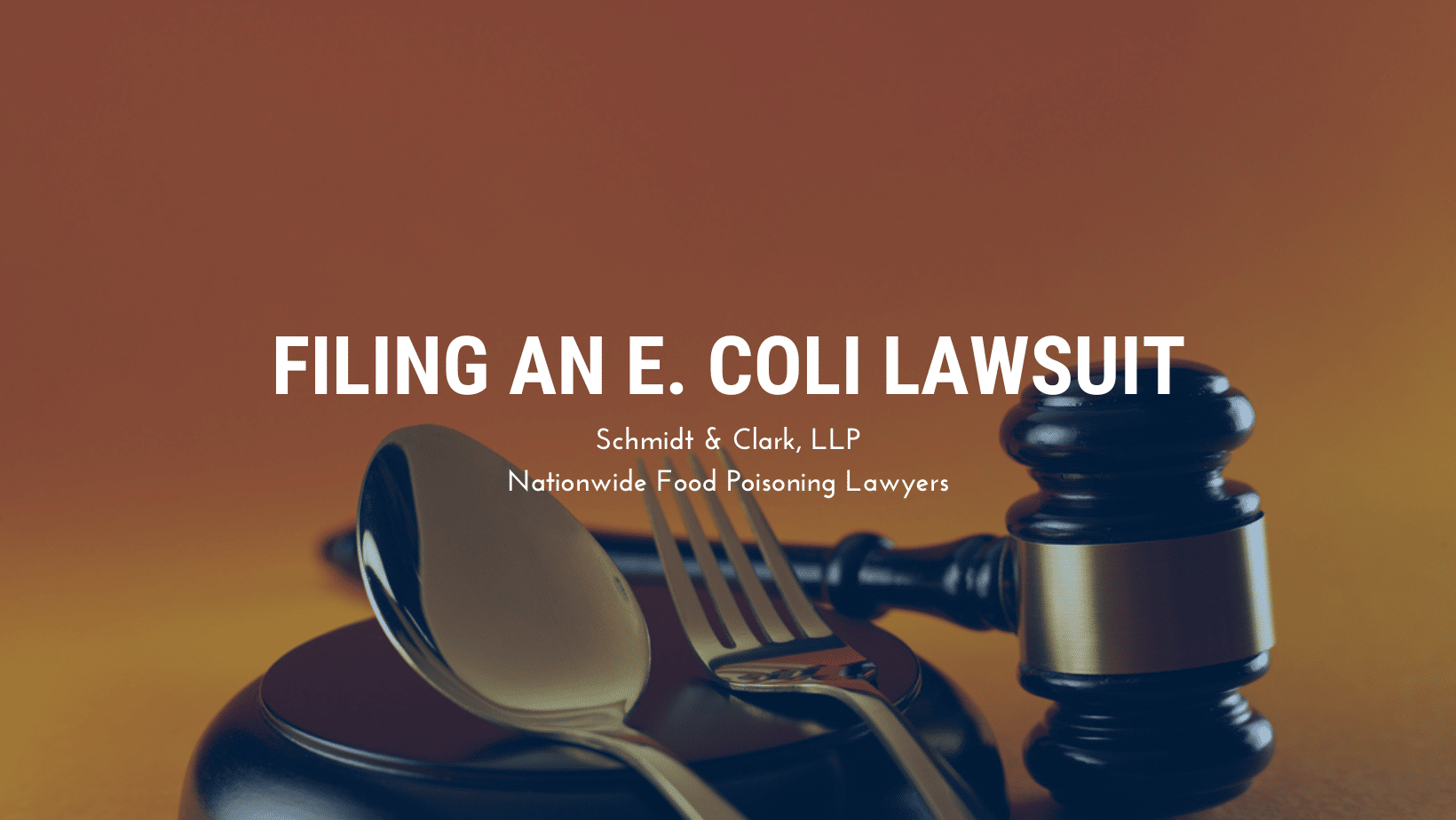 Anyone involved in the chain of distribution of a contaminated food product can be liable for any damages in an E. coli lawsuit. This includes the processing company or manufacturer, the supplier or distributor, and the retailer (i.e. restaurant or grocery store).

If you were the victim of an E. coli infection, you have the right to seek compensation from the liable party(ies) for your medical expenses, pain and suffering, as well as current and future lost wages. Consult with the E. coli attorneys at Schmidt & Clark, LLP, today and get started on your claim.

The Food Poisoning Litigation Group at our law firm is an experienced team of trial lawyers that focus on the representation of plaintiffs in E. coli lawsuits. Our law firm is handling individual litigation nationwide and currently accepting new food poisoning cases in all 50 states.

If you or a loved one has experienced symptoms of E. coli illness, please contact our law firm immediately for a free consultation. You may be entitled to a settlement by filing an E. coli food poisoning lawsuit and our attorneys can help.