Paraquat Lawsuit | Get the Right Lawyer

Exposure to the widely-used herbicide Paraquat has recently been linked to an increased risk for the development of Parkinson’s disease, kidney disease, cognitive impairment and other serious side effects.

Last Updated: December 31, 2022
Free Confidential Paraquat Lawsuit Review
If you or a loved one was subsequently diagnosed with Parkinson’s disease after being exposed to Paraquat dichloride, you should contact our law firm immediately for a Paraquat case review. You may be entitled to financial compensation for medical expenses and lost wages by filing a class action lawsuit and we can help. Please click the button below for a Free Case Review or call us toll-free 24 hrs/day by dialing (866) 588-0600. 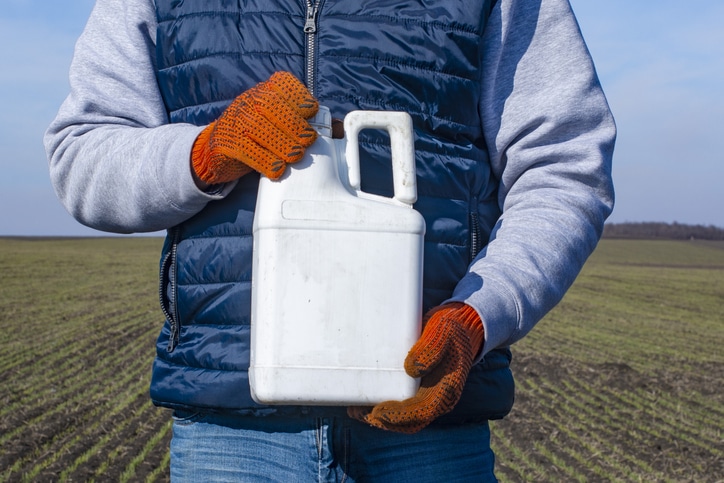 What is the Herbicide Paraquat?

The United States Environmental Protection Agency (EPA) has classified paraquat as a “restricted-use pesticide,” which means the chemical agent that is not allowed to be used recreationally. The herbicide can only be used commercially by licensed applicators.

Paraquat is one of the most widely used herbicides in the world, which prevents the growth of weeds and grass near crops on large and small commercial farms, estates, plantations, and orchards. Sold under the brand names Gramoxone and Ortho Paraquat, the chemical is a common alternative for weeds that have become resistant to glyphosate, an ingredient in Monsanto’s Roundup weed killer.

How Does it Work?

What's the Problem with Paraquat Exposure?

Paraquat is a restricted-use herbicide, which means that only licensed, trained applicators can use it, and it’s not licensed for home use. Most people affected by the herbicide work in commercial agriculture or live near commercial farms.

The most deadly form of paraquat exposure happens if people eat or drink it. Such exposure also happens through the skin or by inhaling it.

Repeated exposure to smaller amounts that can cause Parkinson’s disease or other health problems occurs over years of working with or near the herbicide, according to the Parkinson's Foundation. This includes mixing, spraying, loading or cleaning.

1997 - The U.S. Department of Health and Human Services [1] announced that exposure to paraquat during the mixing, loading, and application of the weed killer was the primary route of exposure to the chemical. Additionally, EPA suggested that despite the herbicide not being registered for residential use, individuals who live near farms where the herbicide is used may also be exposed to oxidative stress.

2009 - A study published by the Centers for Disease Control and Prevention [2] revealed that any exposure to Paraquat within 1,600 feet of a home resulted in a 75% heightened risk of Parkinson’s disease.

2011 - Environmental Health Perspectives [3] published results from a study of Parkinson’s disease cases and pesticides which concluded that Paraquat was a significant health concern.

2016 - EPA announced it would be re-evaluating Paraquat, including the potential link to Parkinson's disease.

2017 - The Unified Parkinson’s Advocacy Council [5] sent a letter to Environmental Health Sciences which included data that linked Paraquat to a risk for Parkinson’s disease symptoms and pathology, and concluded by urging the agency to deny Paraquat’s re-registration.

Later that year, a lawsuit was filed against Syngenta Crop Protection, Growmark and Chevron Chemical on behalf of farmers and agricultural workers who had developed Parkinson’s disease and oxidative stress after exposure to Paraquat.

2022 - The U.S. District Judge presiding over the Paraquat multidistrict litigation (MDL) appointed a group of 17 plaintiffs attorneys to serve in various leadership positions during the coordinated pretrial proceedings. There are currently at least 150 Paraquat lawsuits filed against Syngenta Crop Protection and Chevron over failure to warn users that exposure to the grass and weed killer may cause Parkinson's disease.

Self-poisoning with herbicides like Paraquat dichloride is a major problem in developing countries. In fact, an estimated 300,000 deaths occur each year in the Asia-Pacific region due to self-poisoning, according to a 2006 study published in the British Journal of Psychiatry [6].

How Could I Develop Parkinson's Disease After being Exposed?

You could be exposed to Paraquat in the following ways:

What Happens After Absorption?

After Paraquat is absorbed inside the body, the herbicide is concentrated inside many cells and undergoes redox cycling, leading to cell damage. Over time, these processes lead to multi-organ failure (lungs, kidneys, liver & heart).

How To Test For Paraquat Exposure

Is Paraquat Banned in the United States?

Paraquat is not banned in the U.S., but it is restricted to licensed applicators. Due to its link to Parkinson's and other severe health effects, some lawmakers and activists have fought to get it banned.

The Protect Against Paraquat Act of 2019 was introduced to require the EPA to cancel the registration for all uses of paraquat, to ban paraquat residue on food and to prohibit the sale and use of existing paraquat stock.

To date, legislation to ban Paraquat has not been successful. 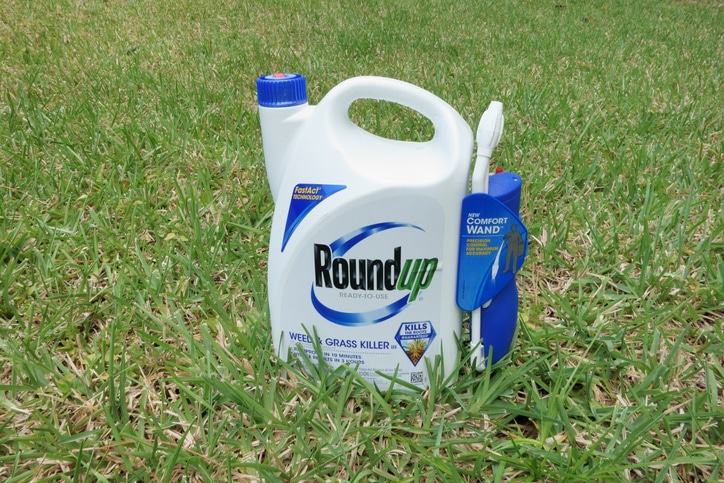 Roundup does not contain paraquat; however, commercial agriculture workers may use both types of herbicide. As more weeds become resistant to Roundup, farmers often turn to Paraquat.

Paraquat is considered many times more toxic than Roundup, but its main ingredient glyphosate is linked to non-Hodgkin’s lymphoma.

The EPA hasn’t restricted Roundup use to applicators, and it is available for homeowner use.

In March 2022, Greenpeace published “The Paraquat Papers,” which detailed the history of attempts by Syngenta and Imperial Chemical Industries (ICI) to conceal Gramoxone health risks from the public. The papers found that ICI claimed to have added the emetic PP796 in Paraquat products to prevent fatal poisoning.

Despite this claim, internal company documents revealed that it failed to do this. It also revealed that the company knew of this problem. ICI continued to publicly assert the emetic’s effectiveness. Additional documents suggest that it mischaracterized the addition of PP796 to keep Gramoxone on the market.

Heylings claimed that a former toxicologist for Imperial Chemical Industries (ICI), Syngenta’s predecessors, manipulated data to incorrectly suggest that humans were ten times as sensitive to PP796 than the other three animals that researchers used in tests.

He reported these issues to his superiors in several memos. Heylings argued that the former toxicologist’s data “misled” the business. He advised that higher PP796 doses would reduce the paraquat poisoning fatality rate. 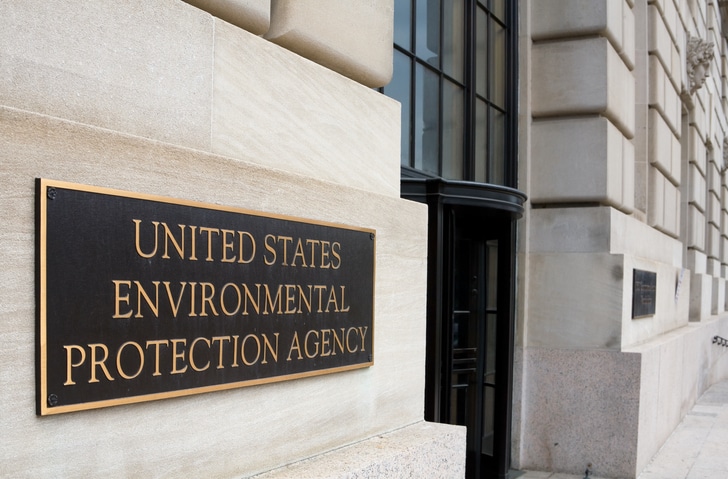 Five public-interest groups have filed a lawsuit (PDF) [7] against the Environmental Protection Agency over its decision to re-approve atrazine, a weed killer that has been banned across much of the world. The suit alleges that "atrazine castrates frogs, impairs fish reproduction and is linked to birth defects and cancer in humans." EPA's decision to clear atrazine is part of a recent effort by the agency to quickly approve numerous harmful pesticides, including paraquat, dicamba, 1,3-D and parathyroids. The lawsuit is: RURAL COALITION, PESTICIDE ACTION NETWORK NORTH AMERICA, BEYOND PESTICIDES, CENTER FOR BIOLOGICAL DIVERSITY, and CENTER FOR FOOD SAFETY v. UNITED STATES ENVIRONMENTAL PROTECTION AGENCY, and ANDREW WHEELER. Case: 20-73220. U.S. Federal Court of Appeals for the Ninth Circuit.

What is Parkinson's Disease?

Parkinson's disease is a disorder of the central nervous system (CNS) that affects movement, often including tremors, according to the Mayo Clinic [7]. Onset of symptoms occurs gradually, sometimes starting with a barely noticeable tremor in just one hand. Tremors are common, but the disorder also commonly causes stiffness or slowing of movement.

Although Parkinson's disease can't be cured, prescription medications can significantly improve your symptoms. In severe cases, surgery to regulate certain regions of the brain and improve symptoms may be required.

How Do I Prove I was Exposed to Paraquat?

Paraquat exposure may be easier to prove in some cases than in others. For instance, if you’ve worked on an industrial farm in the past, you may already be familiar with the pesticides you were exposed to. But if you just happened to live near a commercial farm, you may be completely unaware of what toxic chemicals you’ve inadvertently been exposed to.

This is where a paraquat law firm with a proven track record can help. If you’ve lived near an industrial farm or worked on one and have since been diagnosed with Parkinson’s disease, our paraquat attorneys may be able to help you prove your case.

Why Should I File a Paraquat Lawsuit?

There are many reasons to file a lawsuit if you’re suffering as a result of being exposed to paraquat.

If you file a Paraquat lawsuit, it can help you:

If you’ve recently been diagnosed with Parkinson’s disease after working on or living near a commercial farm, you may be eligible for a paraquat settlement. 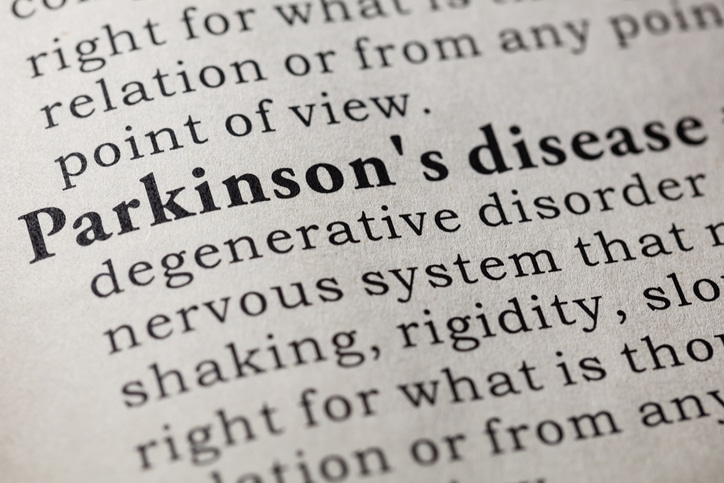 Get a Free Paraquat Lawsuit Evaluation With Our Lawyers

The Pharmaceutical Litigation Group at our law firms is an experienced team of trial lawyers that focus on the representation of plaintiffs in federal lawsuits. We are handling individual litigation nationwide and currently accepting new Parkinson's disease cases in all 50 states.

If you or a loved one developed Parkinson's or other serious side effects after being exposed to Paraquat herbicide, you should contact our law firm immediately. You may be entitled to Paraquat settlements by filing a suit and we can help.