Are you the victim of Botulism poisoning related to a food poisoning outbreak? If so, this page is for you. Learn more about the Botulism toxin and symptoms of Botulism infections from the food poisoning lawyers at Schmidt & Clark, LLP. We are currently accepting new Botulism lawsuits in all 50 states. Contact us today for a free case review.
CONTENTS

Outbreaks of botulism, a rare but extremely serious muscle-paralyzing disease that can lead to death, have been linked to negligence during the manufacturing or preparation of food products. The Botulism Lawyers at Schmidt & Clark, LLP, are reviewing potential food poisoning lawsuits for individuals who were diagnosed with botulism after consuming or being exposed to contaminated food.

Free Confidential Lawsuit Review
If you or a loved one had symptoms of botulism poisoning, you should contact a Botulism lawyer immediately. You may be entitled to compensation by filing a Botulism lawsuit and we can help. Please click the button below for a Free Consultation or call our food poisoning lawyers toll-free 24 hrs/day by dialing (866) 588-0600. 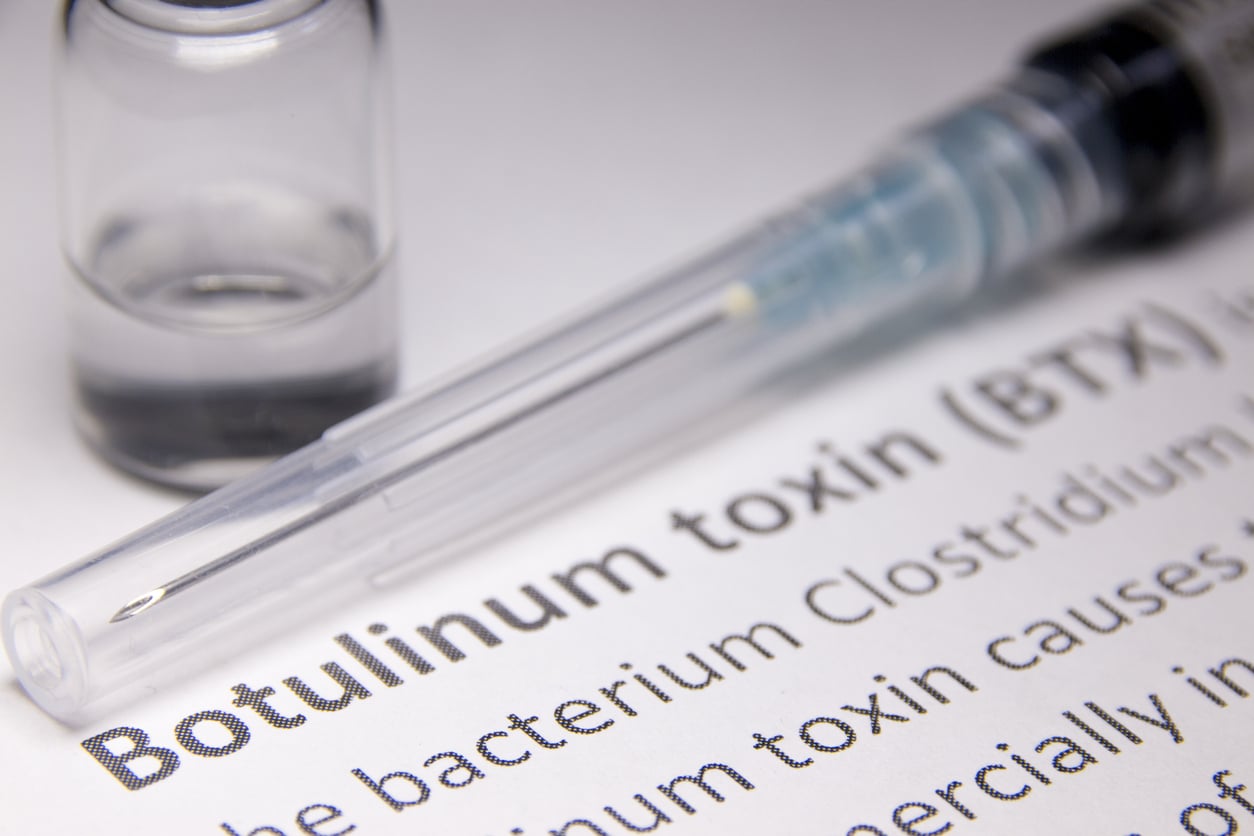 Botulism is a rare foodborne illness caused by the toxin produced by the bacterium Clostridium botulinum. The toxin produced is considered the most lethal nerve toxin known to man. The toxin paralyzes the nerves that it comes in contact with, restricting the muscle’s ability to contract, which can lead to respiratory and musculoskeletal paralysis. Foodborne botulism may be very dangerous as a large number of people can be poisoned by eating small amounts of the contaminated food. Botulism outbreaks are considered a public health emergency and must be reported to the U.S. Food & Drug Administration (FDA).

How Are Most Cases of Botulism Caused?

Clostridium botulinum bacteria can be found in soil and untreated water all over the world. It can create spores that live in improperly preserved or home-canned foods. The spores produce the botulism toxin and consuming even small amounts of this nerve toxin results in severe poisoning.

Foodborne botulism has been linked to a variety of foods, mostly low-acid home-canned foods such as green beans, beets, asparagus, and corn. Contaminations have also been found in honey, cured ham and pork, corn syrup, and smoked fish. More unusual sources of botulism include herbs in oil, tomatoes, chili peppers, and baked potatoes cooked in foil. 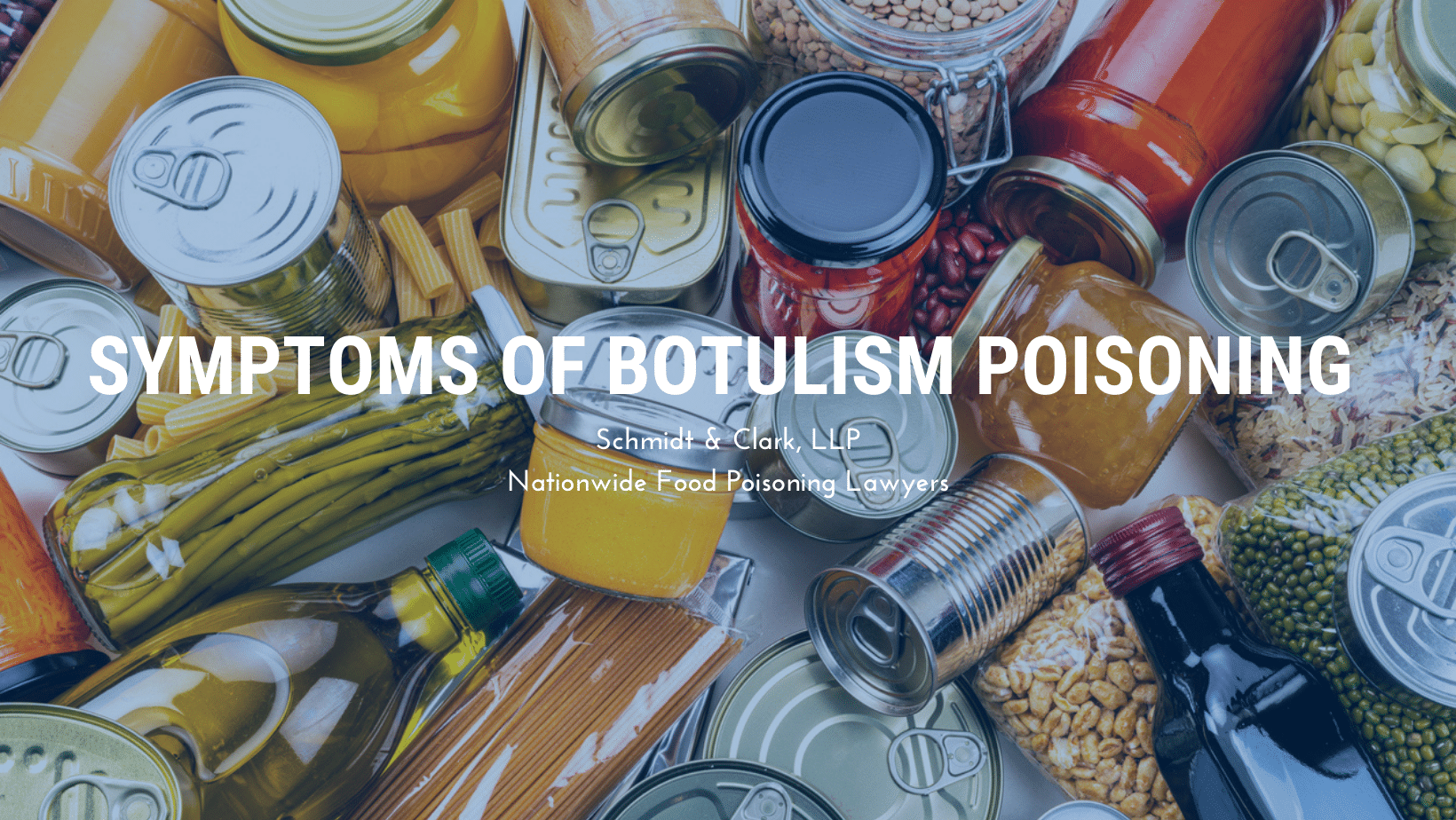 The signs of foodborne botulism normally occur 8 to 36 hours after eating the contaminated food. In some cases, the symptoms have appeared close to a week later. Common symptoms include:

If these symptoms remain untreated, they can lead to paralysis of the legs, arms, trunk, or muscles of the respiratory system, and even death.

Other Types of Botulism

While foodborne illness is the most common cause of botulism poisoning, there are other ways to contract the paralytic illness, including:

"All forms of botulism can be fatal and are considered medical emergencies," according to the U.S. Centers for Disease Control and Prevention (CDC). "Foodborne botulism is a public health emergency because many people can be poisoned by eating a contaminated food."

How Long Can You Live With Botulism?

Botulism can result in death from respiratory failure. Over the past 50 years, death reported from botulism is a rare occurrence. Unfortunately, a patient with severe botulism may require not only a breathing machine for ventilation but also intensive medical and nursing care for several months in order to survive.

Clostridium botulinum releases the toxin that causes botulism as part of its natural anaerobic process, meaning it multiplies in an oxygen-free environment, like a sealed can.

"Back in the day when there was a lot of home-canning, people didn't always meticulously follow protocols," said Dr. William Schaffner, chairman of preventive medicine at Vanderbilt University Medical Center in Nashville, Tennessee. "The spores were not killed and given that this was now an environment in a sealed container, the bacteria could multiply and produce the toxin."

With the advent of commercial canning and a better understanding of botulism to put food safety procedures in place, it's now rare to have a canned food botulism outbreak.

For reasons that are still not well understood, some infants get botulism when the spores get into their digestive tracts, grow, and produce the toxin. Honey can contain the bacteria that causes infant botulism, so do not feed honey to children younger than 12 months. Honey is safe for people 1 year of age and older.

Garlic in oil is a popular cooking ingredient; however, homemade garlic in oil can cause botulism if not handled correctly. Unrefrigerated garlic-in-oil mixes can foster the growth of clostridium botulinum bacteria, which produces poisons that do not affect the taste or smell of the oil.

Spores of botulism bacteria are commonly found in soil and can be on produce such as garlic. It is virtually impossible to eliminate all traces of minuscule soil particles on garlic heads. These botulinum spores found in soil are harmless when there is oxygen present; however, when spore-containing garlic is bottled and covered with oil, an oxygen-free environment is created that promotes germination of the spores, producing a toxin that can occur at 50°F or above.

To reduce the risk of botulism, the garlic in oil mixture should be refrigerated and used within 2 to 3 days. Garlic-in-oil should be discarded after 2 hours at room temperature, even if salt and acids are present. Commercially prepared oils have added acids and other chemicals to eliminate the risk of botulism, but still must be handled carefully.

Botox injections, which are used to reduce the appearance of facial wrinkles, use a toxin called "onobotulinumtoxinA" to temporarily prevent a muscle from moving. This toxin is produced by the microbe that causes botulism. In addition to Botox, other similar products that contain botulism toxin include abobotulinumtoxinA (Dysport), rimabotulinumtoxinB (Myobloc), and incobotulinumtoxinA (Xeomin).

There are 8 different types of botulism that produce toxins of varying potency. Types A, B, and C are the types that typically affect horses and other large mammals. Horses can acquire the disease 3 different ways - the most common route is by eating feed contaminated with toxin already in it that has been released by bacteria. This can be from spoiled feed or feed contaminated with an animal carcass.

Horses can also get the disease by ingesting the bacteria which then sporulate within the GI tract and release toxins inside the animal. This is more common in foals and is due to type B toxin. Rarely, horses can acquire wound botulism if a wound becomes contaminated with bacteria that then release the toxin.

Most cases of botulism in dogs are caused by eating dead animals or contaminated raw meat. Clostridium botulinum that grows in or on meat can release the botulinum toxin into its surroundings, allowing the toxin to be ingested by dogs who eat the contaminated meat.

When dogs eat contaminated meat, the toxin is absorbed by the intestines and enters the bloodstream. Botulinum toxin is then carried throughout the body, where it binds to nerve cells and causes paralysis.

Botulism can cause respiratory failure and paralysis, both of which require intensive medical care to reverse. With medical treatment, paralysis slowly improves over a period of months. Patients experiencing respiratory failure due to weakness in the muscles that control breathing may require a breathing machine along with several months of hospitalization. Patients that survive an episode of botulism report incidences of fatigue, nervous systems issues, weakness, and shortness of breath for years after recovery.

Botulism is deadly and is considered a medical emergency. Prompt medical treatment can significantly reduce the risk of death. In the early stages of the foodborne illness, an antitoxin will be administered to block the toxin that is circulating in the blood. This will stop the progress of the toxin, but recovery will still take weeks of medical attention.

The physician may also attempt to remove any food left in the system by administering an enema or inducing vomiting. If the patient is experiencing breathing difficulty, a tube will be inserted into the nose or mouth to support mechanical respiration. Fluids and nutrition will be given intravenously if the patient is unable to swallow.

Nearly 60% of foodborne botulism cases can be fatal if left untreated. Any case of botulism occurring in the United States must be reported to the state health authorities or the Centers for Disease Control and Prevention (CDC) so that an outbreak can be contained and contaminated food can be removed from the market.

How To Prevent Botulism 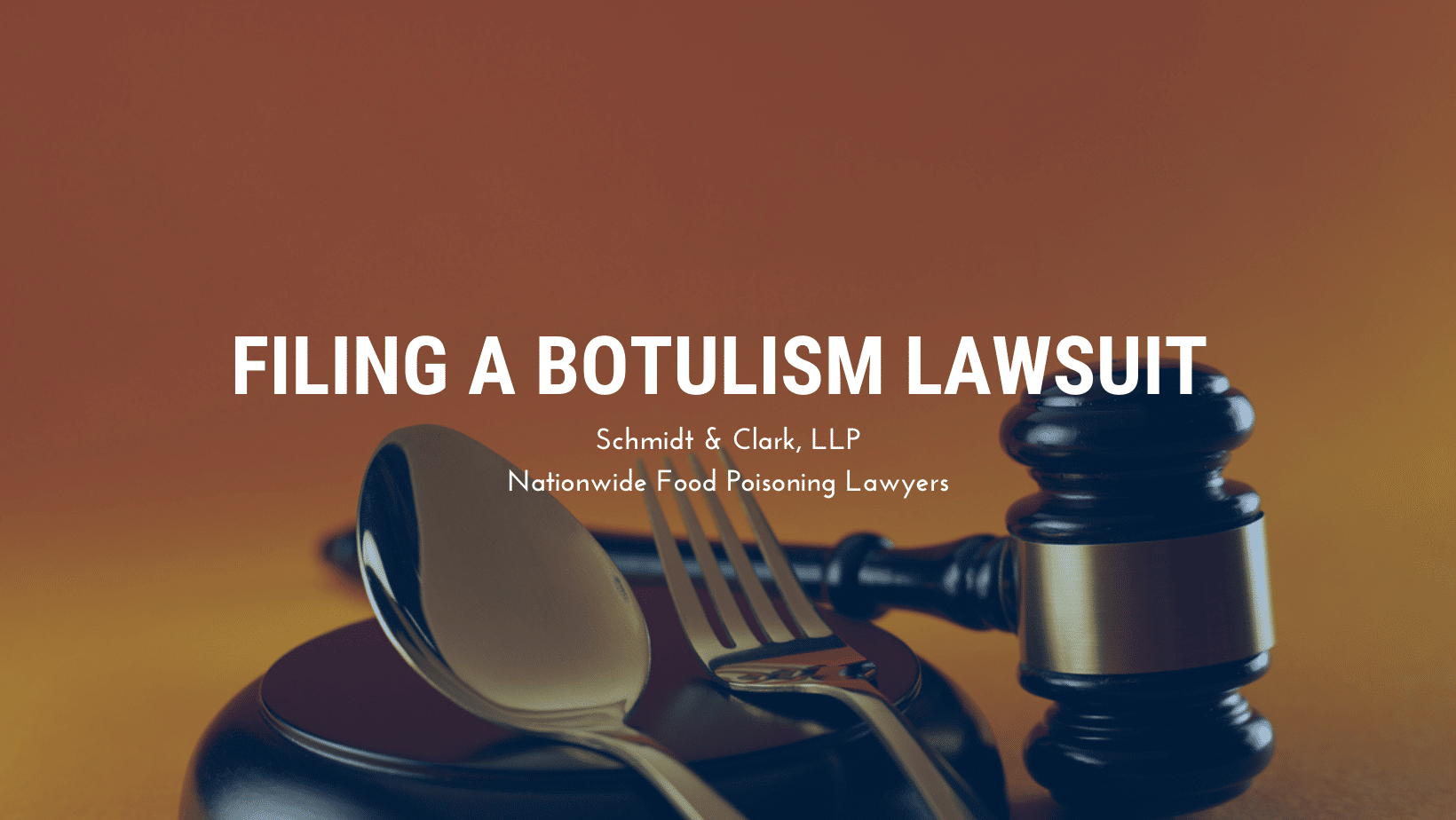 Can I Sue For Botulism?

You may be able to file a lawsuit against a company for botulism poisoning if your foodborne illness can be linked to a product that is contaminated with Clostridium botulinum toxin. Your claim should compensate you for damages including temporary or permanent paralysis, pain and suffering, lost wages, and other complications. Contact a botulism lawyer at our law firm today to learn more.

The Food Poisoning Litigation Group at our law firm is an experienced team of trial lawyers that focus on the representation of plaintiffs in Botulism lawsuits. Our law firm is handling individual litigation nationwide and currently accepting new food poisoning cases in all 50 states.

If you or a loved one has experienced symptoms of Botulism poisoning, please contact our law firm immediately for a free consultation. You may be entitled to a settlement by filing a Botulism food poisoning lawsuit and our attorneys can help.