Recent lawsuits allege that many popular sunscreen and sunblock products contain unacceptable levels of the known carcinogen benzene, increasing users’ risk of developing cancer, leukemia, and other serious side effects.
Last Updated: April 1, 2022
Free Confidential Sunscreen Cancer Lawsuit Review
If you or a loved one was injured by benzene in sunscreen, you should contact our law firm immediately.

You may be entitled to compensation by filing a lawsuit and our lawyers can help. Please click the button below for a Free Case Evaluation or call our law firm toll-free 24 hrs/day by dialing (866) 588-0600 for legal advice.

What’s the Problem with Benzene Exposure?

Tests conducted by Valisure LLC laboratory have detected high levels of benzene in sunscreen and after-sun products sold in the United States.

Valisure reported that 27% of the samples it tested contained detectable levels of benzene in sunscreen, and the samples contained nearly three times the concentration limit set by the Food and Drug Administration of 2 parts per million. 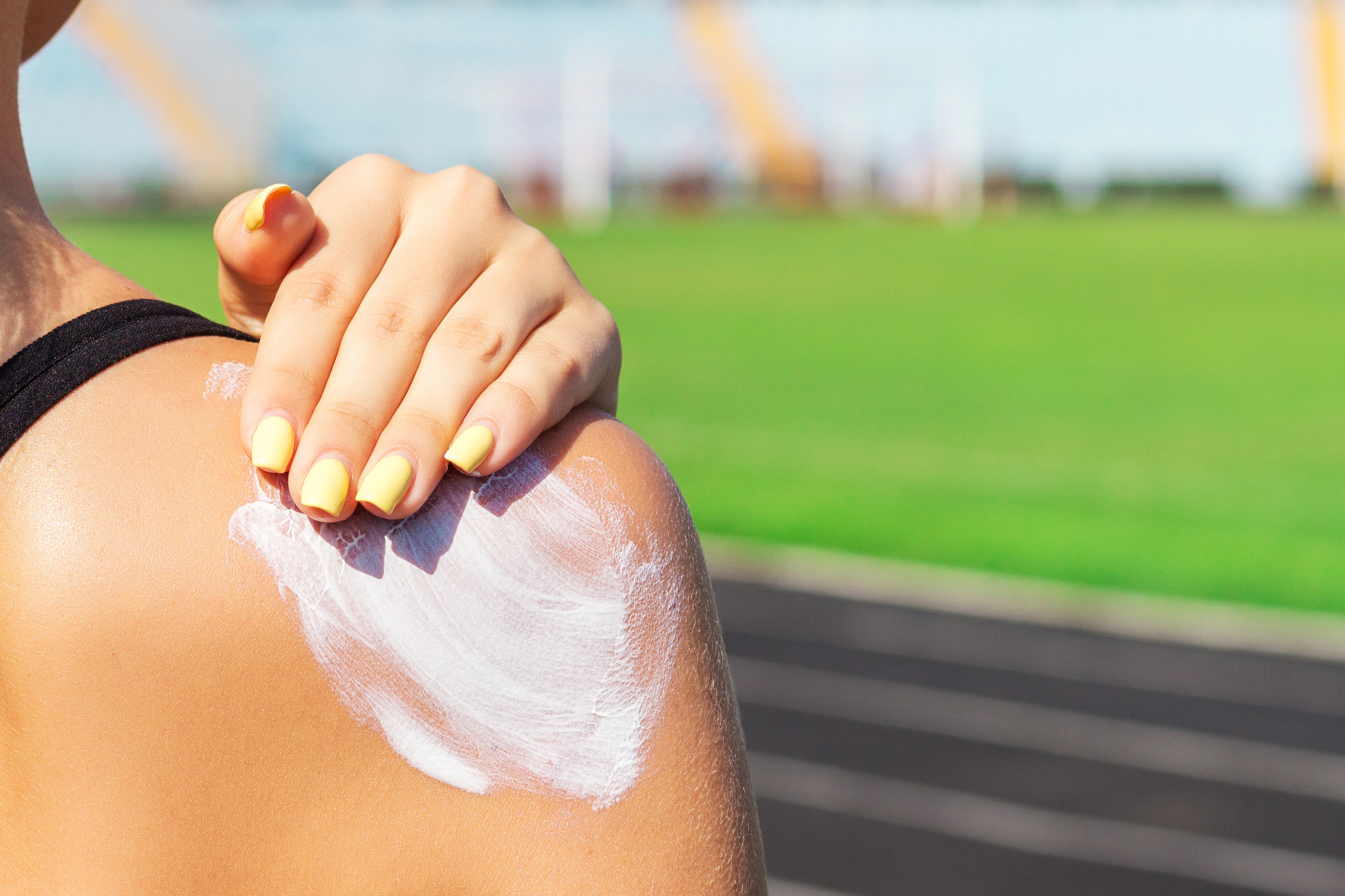 Which Sunscreens Have Been Recalled?

The FDA on July 14, 2022, issued a nationwide recall (1) for the following Neutrogena sunscreen and Aveeno after sun care products:

The recalled sunscreen is packaged in aerosol cans and was distributed nationwide through a variety of retail channels.

If you purchased any Neutrogena sunscreen or Aveeno sunscreen products that are affected by this recall, you should stop using them immediately and contact JJCI Consumer Care Center with questions or to request a refund. 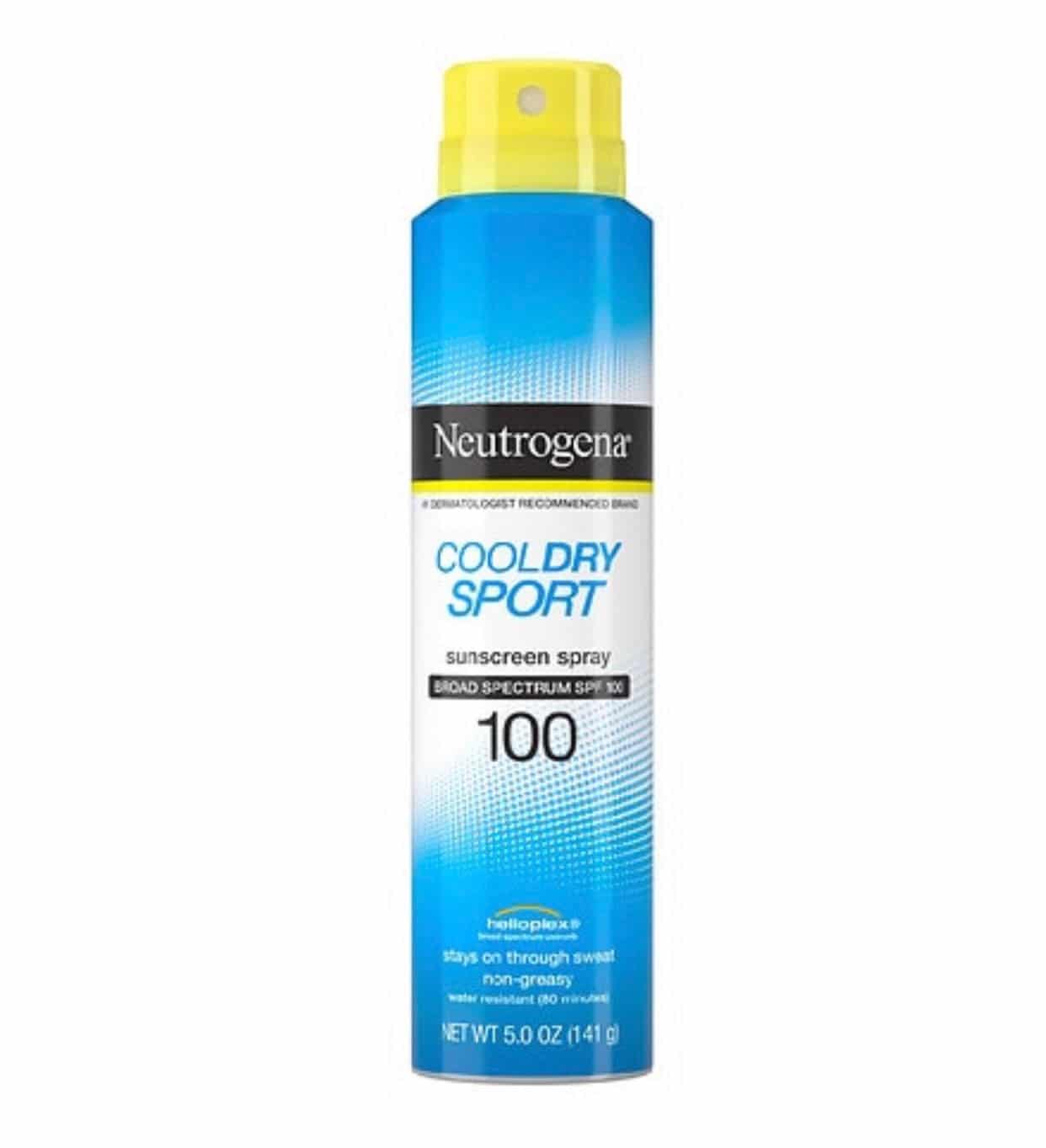 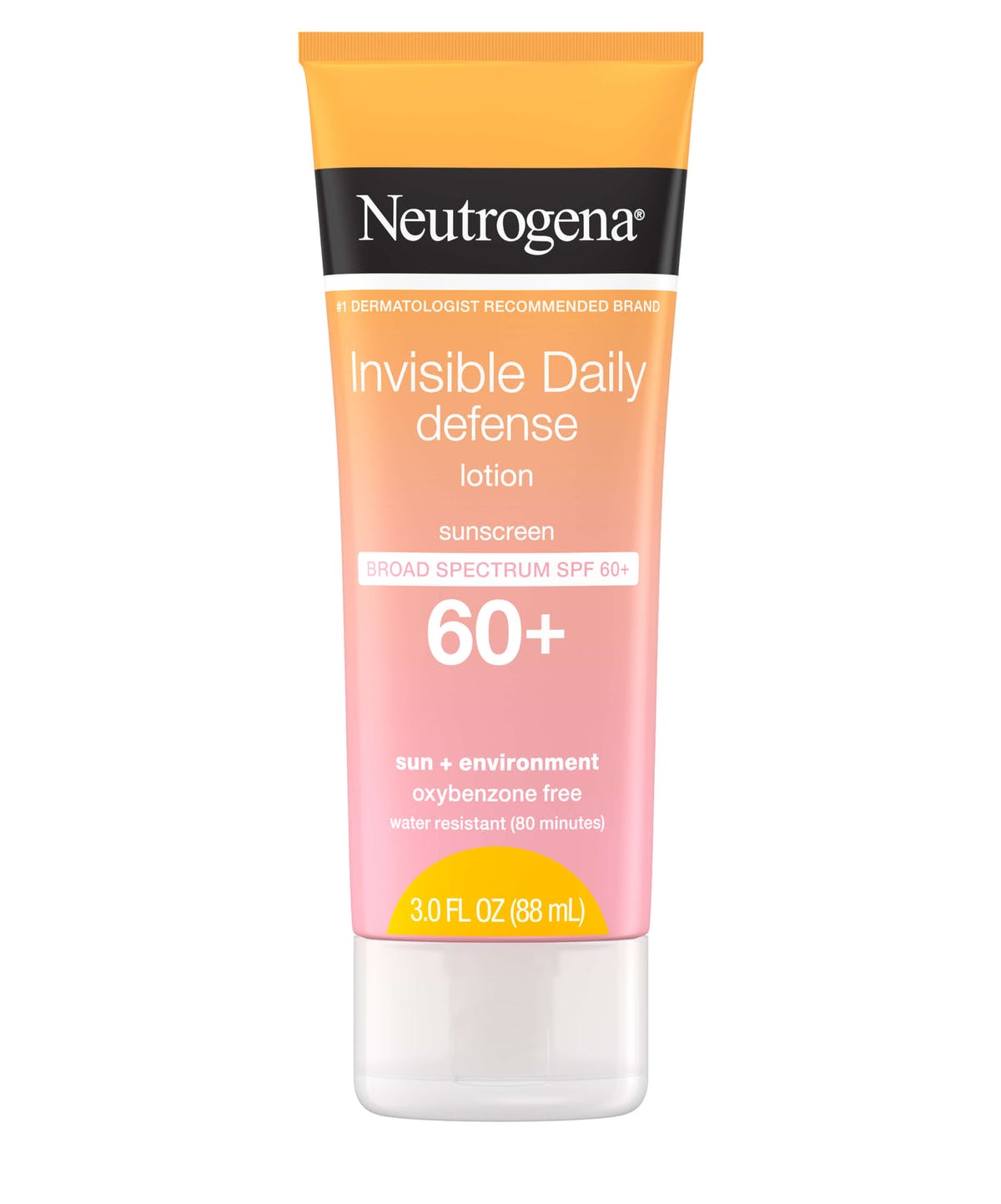 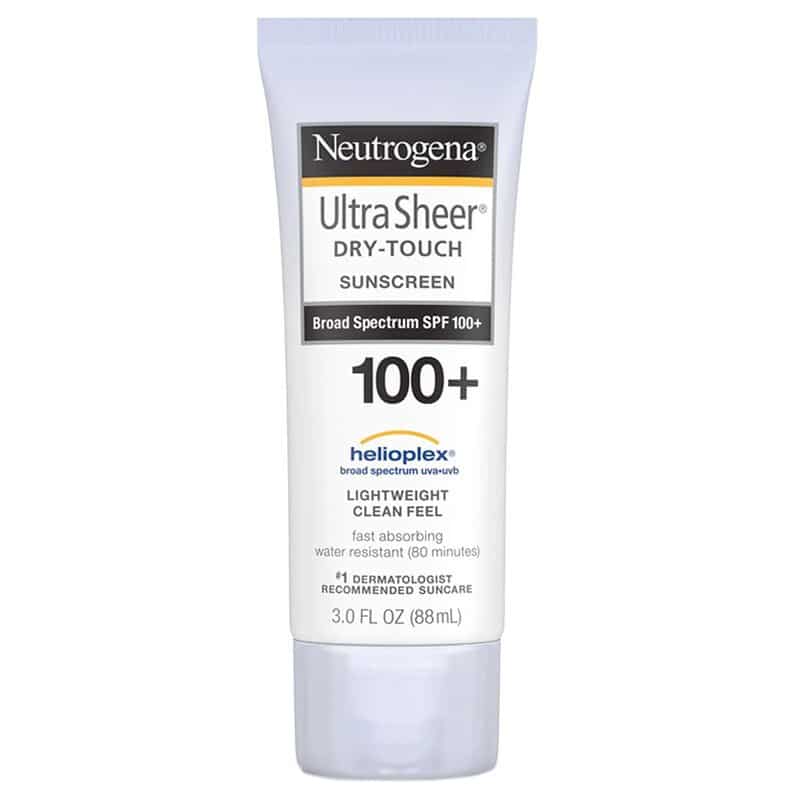 How Can Sunscreen Give You Cancer?

Sunscreen that contains benzene could cause cancer, according to the U.S. Centers for Disease Control and Prevention (CDC). Although no specific studies have been performed on benzene sunscreens and cancer, samples of popular sunscreen brands tested by Valisure detected benzene exposure.

Valisure cites Dr. Christopher Bunick, Associate Professor of Dermatology at Yale University, who says that, “There is not a safe level of benzene that can exist in sunscreen products.”

When sunscreen containing benzene is applied to the skin, the body absorbs it and the chemical enters the bloodstream, where it can cause cancer.

Melanoma — the abnormal growth of skin cells — most often develops on skin exposed to the sun. But this common form of cancer can also occur on areas of your skin not ordinarily exposed to sunlight.

Melanoma develops primarily on areas of sun-exposed skin, including the scalp, face, lips, ears, neck, chest, arms and hands, and on the legs in women. However, it can also form on areas that rarely see the light of day — your palms, beneath your fingernails or toenails, and your genital area.

Melanoma affects people of all skin tones, including those with darker complexions. When melanoma occurs in people with dark skin tones, it’s more likely to occur in areas not normally exposed to the sun, such as the palms of the hands and soles of the feet.

CLL is a type of cancer of the blood and bone marrow. The disease progresses slowly, usually affecting older adults.

Chronic lymphocytic leukemia may not cause any symptoms for years. When symptoms do occur, they may include swollen lymph nodes, fatigue, and easy bruising.

ALL is the most common childhood cancer. It occurs when a bone marrow cell develops errors in its DNA.

The word “acute” comes from the fact that the disease progresses rapidly and creates immature blood cells, rather than mature ones. The word “lymphocytic” in acute lymphocytic leukemia refers to the white blood cells called lymphocytes, which ALL affects.

AML starts in the bone marrow but most often it quickly moves into the blood. It can sometimes spread to other parts of the body including the lymph nodes, liver, spleen, central nervous system (brain and spinal cord), and testicles.

Most often, AML develops from cells that would turn into white blood cells (other than lymphocytes), but sometimes AML develops in other types of blood-forming cells.

Multiple myeloma is a cancer of plasma cells. Normal plasma cells are found in the bone marrow and are an important part of the immune system.

When B cells respond to an infection, they mature and change into plasma cells. Plasma cells make the antibodies (also called immunoglobulins) that help the body attack and kill germs. Plasma cells are found mainly in the bone marrow.

What is Sunscreen Used For?

Sunscreen helps shield the skin from harm caused by exposure to UVA and UVB rays. Exposure to the sun is one of the leading causes of skin cancer. One in five Americans will be diagnosed with skin cancer by the age of 70. Sunscreens have been reported to contain benzene.

Which Sunscreens Have No Benzene?

Note: many of the brands with sunscreen products on this list also make sunscreens that tested positive for benzene.

Does Oxybenzone Cause Cancer?

Oxybenzone is a common active ingredient in sunscreens. The FDA says that oxybenzone is safe, but environmental and health groups have concerns over the chemical.

The World Health Organization calls oxybenzone “the most worrisome sunscreen active ingredient.” It’s been shown to cause allergic skin reactions, behave like an endocrine disruptor (i.e. interferes with normal hormone function), and is potentially more harmful to children.

A rat study from the National Toxicology Program links oxybenzone to “equivocal evidence of carcinogenic activity.” And beginning in 2022, Hawaii is banning sunscreen products containing oxybenzone due to concerns that the ingredient damages coral reefs.

Benzene is a light yellow liquid chemical compound that occurs naturally in the environment which can also be manufactured synthetically for industrial and household products. This sweet smelling chemical compound is colorless or slightly tinged yellow in its liquid form and is extremely flammable.

Liquid benzene evaporates rapidly into the air, but dissolves only slightly when introduced to water. In fact, when benzene is placed in water most of the chemical remains floating on the surface of the water.

Considered an aromatic hydrocarbon, benzene is a known human carcinogen and benzene exposure has been found to cause a wide variety of adverse side effects and complications in individuals that have been exposed to benzene in high concentrations or for long periods of time.

Is Sunscreen Regulated by the FDA?

The FDA regulates both sunscreens as drug products and after-sun products as cosmetics. Currently it designates benzene as a “class 1” solvent that should not be used in drug production as a result of its high toxicity levels.

What is the Cancer-Causing Chemical Benzene Used For?

Benzene is used for a wide variety of applications in numerous industries all over the world. Before the dangerous nature of benzene exposure was discovered, many men used benzene as an aftershave due to its sweet smell.

Benzene was also commonly used as an additive to gasoline to increase the octane rating of the gasoline while reducing the knocking that can occur in the engine. Benzene has been used as an industrial solvent for degreasing machinery and used in the process of decaffeinating coffee beans, applications that have been reduced or eliminated in most of the world due to the dangerous nature of benzene.

Where Does Benzene Come From?

Benzene occurs in the natural environment when materials rich in carbon begin to burn but are not completely consumed by the fire. Benzene is typically present around volcanoes and forest fires, but can also be found in cigarette smoke.

The chemical can also pass into the air from contaminated water or soil, where it is broken down by other chemicals in the air in a matter of a few days. The synthesized form of benzene is obtained from compounds found in petroleum.

Most of the benzene present in the environment has been released from industrial processes. It is estimated that 100,000 locations within the United States have been contaminated with benzene in either the water or the soil, which also eventually ascends into the air.

Acceptable levels of benzene in both the environment and in consumable items have been regulated by the US Food and Drug Administration to ensure that the level of benzene does not cause harm to the individuals exposed to it.

Workplace safety rules dealing with benzene have also been put into place by the US Department of Labor’s Occupational Safety and Health Administration (OSHA) to ensure that workers who handle benzene on the job are safe from harm due to skin absorption.

Am I Eligible to File a Claim?

Sunscreen is supposed to prevent skin cancer—not cause it. Serious questions remain about how benzene ended up in these products and what the manufacturers knew, or should have known, about cancer causing ingredients in sunscreen.

What’s certain is that a known human carcinogen has no place in any product, never mind one that is intended to be applied every day, for a lifetime.

The law offices of Schmidt & Clark, LLP, are accepting sunscreen cancer cases in all 50 U.S. states. Many sunscreen brands are owned by large multinational companies such as Johnson & Johnson and Merck & Co.

Taking on a big company requires a big law firm. We have a proven track record of representing the people, against the powerful, and achieving incredible results through the filing of a federal class action lawsuit.

Did you use a sunscreen that, unbeknownst to you or your doctor, contains benzene? Have you been diagnosed with cancer? Our sunscreen cancer lawyers are ready to review your claim and let you know how we can help.

Get a Free Sunscreen Cancer Lawsuit Evaluation With Our Lawyers

The Pharmaceutical Litigation Group at our law firm is an experienced team of trial lawyers that focus on the representation of plaintiffs in Sunscreen Cancer Lawsuits. We are handling individual litigation nationwide and currently accepting new injury and death cases in all 50 states.

If you or a loved one was injured by benzene exposure, you should contact our law firm immediately for a free case evaluation. You may be entitled to a settlement by filing a suit and we can help.