Injectafer Lawsuit | Get the Right Lawyer

Published by C.L. Mike Schmidt
Last Updated: May 30, 2022
Free Confidential Injectafer Lawsuits Review
If you or a loved one was diagnosed with severe HPP after using Injectafer iron supplement, you should contact our law firm immediately. Injectafer patients may be entitled to compensation by filing an Injectafer Lawsuit and our Injectafer Lawyers can help.

Iron helps with the production of red blood cells. Anemic adult patients do not produce enough red blood cells, which deliver oxygen throughout the body. There are many forms of anemia. Iron deficiency anemia (IDA) is the most common form, affecting an estimated 7.5 million Americans.

Injectafer iron injections are administered directly into the patient's vein, designed to gradually release intravenous iron inside the body, which may cause a significant decrease in the potential for certain side effects and absorb iron in just 2 IV administrations.

Injectafer is indicated for a “broad patient population,” according to the manufacturer. Outside of North America, Injectafer is sold as Ferinject by Vifor Pharma. 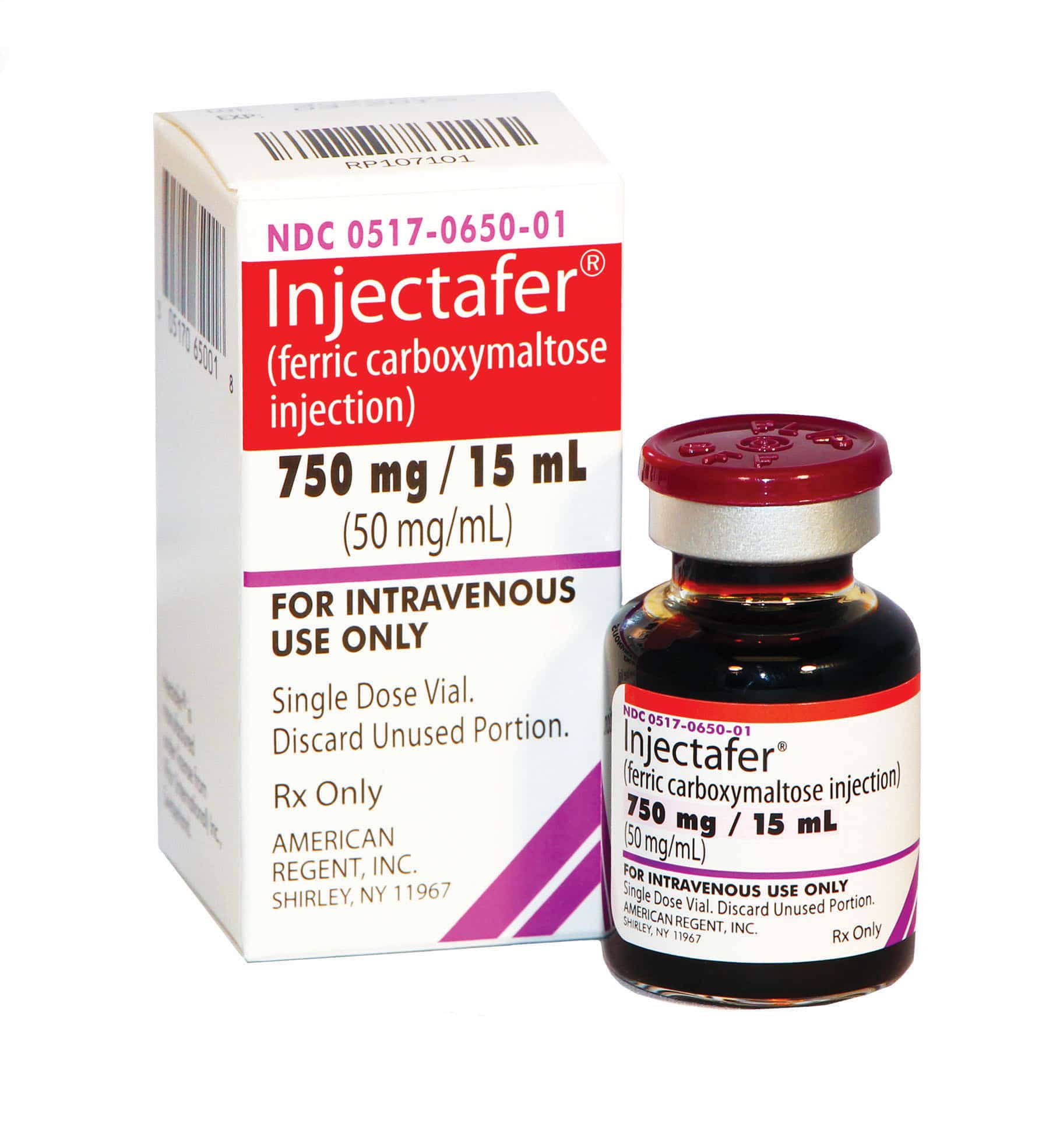 Injectafer is the fastest growing form of intravenous iron injection in the U.S., but recent research has raised significant clinical safety concerns about its safety. Clinical studies involving Injectafer indicate that the product increases the risk of severe hypophosphatemia (HPP) at rates higher than other alternative oral iron supplements.

The manufacturer, American Regent, Inc., a subsidiary of Luitpold Pharmaceuticals, Inc., does not warn the public or medical community about the risk of severe hypophosphatemia with Injectafer, leaving patients and doctors unaware of the danger of Injectafer injuries. 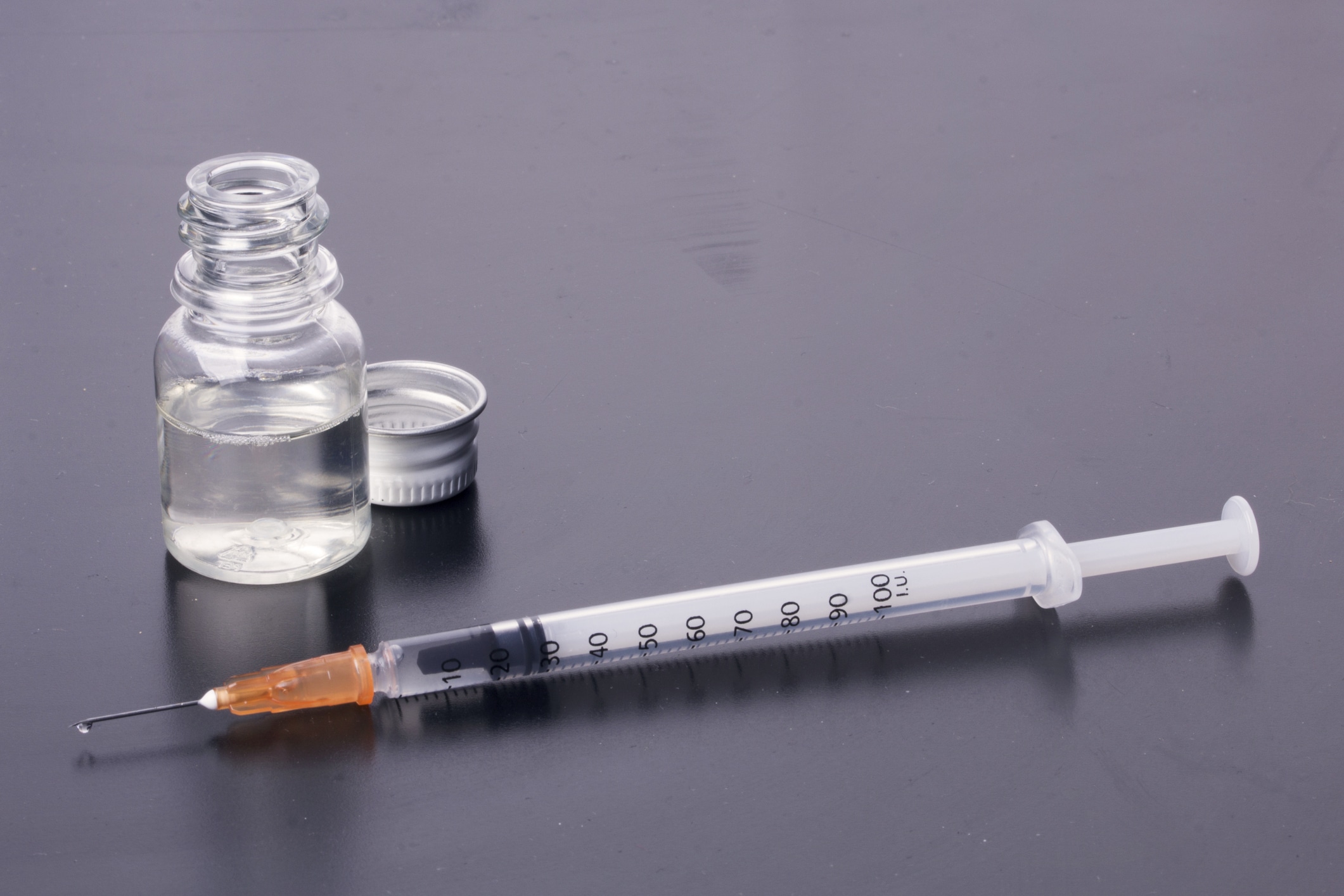 Intravenous iron-induced hypophosphatemia (HPP) is a life-threatening medical condition characterized by abnormally low phosphate levels in the blood, according to Healthline [1]. Phosphate is an electrolyte that helps the body with energy production and nerve function. There are 2 main types of hypophosphatemia:

Severe hypophosphatemia in many adult patients treated is asymptomatic, according to Merck Manuals [2]. However, when symptoms do present they may include:

If left untreated, severe hypophosphatemia may result in the following complications:

The U.S. Food and Drug Administration in 2015 sent a warning letter to Luitpold Pharmaceuticals about improperly marketing Injectafer. The FDA warning applied to Injectafer video marketing materials that the agency says provided inadequate warnings for use which minimized the drug’s serious risks and omitted material facts.

Specifically, FDA said the video “fails to discuss any adequate warnings associated with Injectafer… Therefore, this presentation is misleading.” The agency also reprimanded Luitpold Pharmaceuticals for suggesting that “Injectafer to treat iron deficiency anemia can drastically improve the general well-being of a patient with IDA.”

Finally, FDA said it was not aware of any evidence to support the claim that Injectafer offers significant benefits over other prescription drugs already approved to treat IDA.

While this raises the question of why the FDA would approve a drug without significant advantages over existing IDA drugs, it also calls into question whether Luitpold Pharmaceuticals is willing to lie in order to maximize profits.

A 2016 clinical investigation published in PLOS One [3] found that 45.5% of patients injected with ferric carboxymaltose (FCM), the type of iron contained in Injectafer, were diagnosed with hypophosphatemia, and 32% developed severe HPP, compared to just 4% HPP and 0% severe HPP with iron isomaltoside (IIM), a different injectable iron supplement.

The researchers reported that treatment with ferric carboxymaltose “is associated with a high risk of developing severe and prolonged hypophosphatemia and should therefore be monitored.”

“Hypophosphatemia is frequent after parenteral FCM injection,” the authors concluded, “and may have clinical consequences, including persistent fatigue.”

In other words, treatment with ferric carboxymaltose induced severe HPP in over 50% of all patients studied. According to the researchers, HPP was detectable within 1 week of Injectafer administration, peaked in frequency by week 2, and lasted through the end of the 5-week study in nearly one-third of patients.

Has There Been an Injectafer Recall?

To date, Injectafer has not been recalled in the U.S. or any other country, despite reports of severe side effects. However, in February 2020 Injectafer was given a stronger warning label indicating an increased risk for “symptomatic hypophosphatemia.” Prior labeling for the drug referenced only “transient” or “asymptomatic” hypophosphatemia.

Although the manufacturer and Food and Drug Administration have not initiated a recall, this has not stopped legal action from allegedly injured consumers.

What is Adult Iron Deficiency Anemia?

Adult iron deficiency anemia is a common medical condition in which the blood lacks adequate healthy red blood cells due to insufficient iron levels, according to the Mayo Clinic [6].

Without enough iron, the body can't produce hemoglobin, a substance in red blood cells that enables them to carry oxygen. As a result, adult iron deficiency anemia causes a range of serious adverse reactions including:

Other Injectafer Side Effects

In addition to the risk of hypophosphatemia, the injectable iron infusions have been linked to the following side effects:

Medical treatment for severe hypophosphatemia (HPP) is dependent on 3 factors: cause, severity, and duration.

If Injectafer side effects are the suspected cause of HPP, the medication should be discontinued in favor of a treatment with fewer potential side effects.

However, you should never stop taking a prescription drug without talking to your doctor first, as doing so could result in adverse health consequences.

What are Injectafer Lawsuits Alleging?

Drugs are not expected to be completely safe, but manufacturers have a legal duty to warn about the side effects of their products so that doctors and consumers can make informed treatment decisions.

However, nowhere in the Injectafer prescribing information does it mention “severe” or “extreme” HPP cases found in the studies noted above. In clinical trials, Injectafer was administered at the FDA-approved dosage, and hypophosphatemia had already developed in more than 20% of patients after they received a half-dose of ferric carboxymaltose.

American Regent boasted about the size of their safety database, yet despite this robust data, the company was unwilling to acknowledge the link between Injectafer and severe HPP.

Are Injectafer Lawsuits Being Filed?

Yes. A lawsuit recently filed by plaintiff Celeste W., who was reportedly prescribed Injectafer in December 2014 for the treatment of iron deficiency anemia. After a total of 6 injections, Celeste began to suffer “critically” low levels of phosphate, according to the lawsuit. After seeking medical attention, she was reportedly diagnosed with severe hypophosphatemia due to phosphate wasting.

“Her records indicate that this diagnosis was induced by the administration of Injectafer,” the lawsuit states. “She was forced to undergo routine and regular monitoring of her phosphorous levels.”

The lawsuit alleges that the drug manufacturers knew Injectafer was linked to severe HPP, yet failed to adequately warn about this risk.

The Injectafer Lawsuit Settlement is: Case No. 2:19-cv-03914 in the U.S. District Court for the Eastern District of Pennsylvania.

Although Schmidt & Clark, LLP, is a nationally recognized class action firm, we have decided against this type of litigation when it comes to Injectafer. Our Injectafer Attorneys feel that if there is a successful resolution to these cases, individual suits, not class actions will be the best way to get maximum payouts to our clients.

We file each lawsuit separately; however, most of the cases will eventually be consolidated into a multidistrict litigation (MDL), which will expedite the negotiation and settlement process.

Do I qualify to File a Claim?

Drug-makers have a responsibility to adequately warn about adverse reactions associated with their products. Because the makers of Injectafer failed to do this, anyone who has suffered injury due to hypophosphatemia may qualify for compensation through the filing of a lawsuit.

The expectation is that a manufacturer should have or could have known about these risks had they done the necessary research before releasing the drug into the market. Often times, these side effects aren’t known for years after the drug is released, when it’s too late to prevent serious harm.

The consequences of this type of negligence can be disastrous to the public. For many unsuspecting patients, their lives are changed or even lost altogether. If this describes yourself or a loved one’s situation, it is highly recommended that you seek legal counsel for your losses.

However, your case outcome will directly depend on your lawyer’s knowledge, skill, and experience in this area. You can trust the personal injury attorneys at Schmidt & Clark, LLP, to fight for the maximum compensation you deserve.

What Compensation Could I be Eligible to Receive?

When you’ve been injured, your physical, mental, and emotional well-being should be your highest priority. Hiring an experienced attorney to represent you allows you to do just that. Not only will filing a lawsuit turn over all the details and workload to a qualified Injectafer Lawyer, but a successful case resolution could also help you receive compensation to cover the costs of:

In addition to these practical benefits, many of our clients have expressed the invaluable benefit of having an advocate during such a difficult time in life.

Do I Have an Injectafer Lawsuit?

The Pharmaceutical Litigation Group at our law firm is an experienced team of trial lawyers that focus on the representation of plaintiffs in Injectafer Lawsuits. We are handling individual litigation nationwide and currently accepting new severe hypophosphatemia cases in all 50 states.

If you or a loved one had severe HPP from Injectafer, you should contact our law firm immediately. You may be entitled to a settlement by filing a suit and we can help.