Saxenda Lawsuit | Get the Right Lawyer

Recent studies have found that side effects of the weight-loss drug Saxenda (generic: liraglutide) may include an increased risk for pancreatitis, pancreatic cancer and thyroid cancer.
CONTENTS
Last Updated: October 26, 2022

Free Confidential Lawsuit Evaluation: If you or a loved one was diagnosed with pancreatic cancer after taking Saxenda or other obesity drugs, you should contact our law firm immediately for a free case evaluation. You may be entitled to compensation by filing a suit against the manufacturer and our defective drug lawyers can help.

Saxenda is an injectable drug that is prescribed in conjunction with diet and exercise to obese and overweight adults. Following clinical trials, the FDA approved Saxenda on December 23, 2014.

Liraglutide works like a hormone the body produces naturally that regulates appetite, known as glucagon-like-peptide (GLP-1). By activating areas of your brain that control appetite, Saxenda may make you feel less hungry, which can lead to lower calorie intake and weight loss.

The dose of Saxenda is typically Initiated for low blood sugar levels at 0.6 mg SC qDay for 1 week; increased by 0.6 mg/day in weekly intervals until a dose of 3 mg/day is achieved via blood test / blood tests. 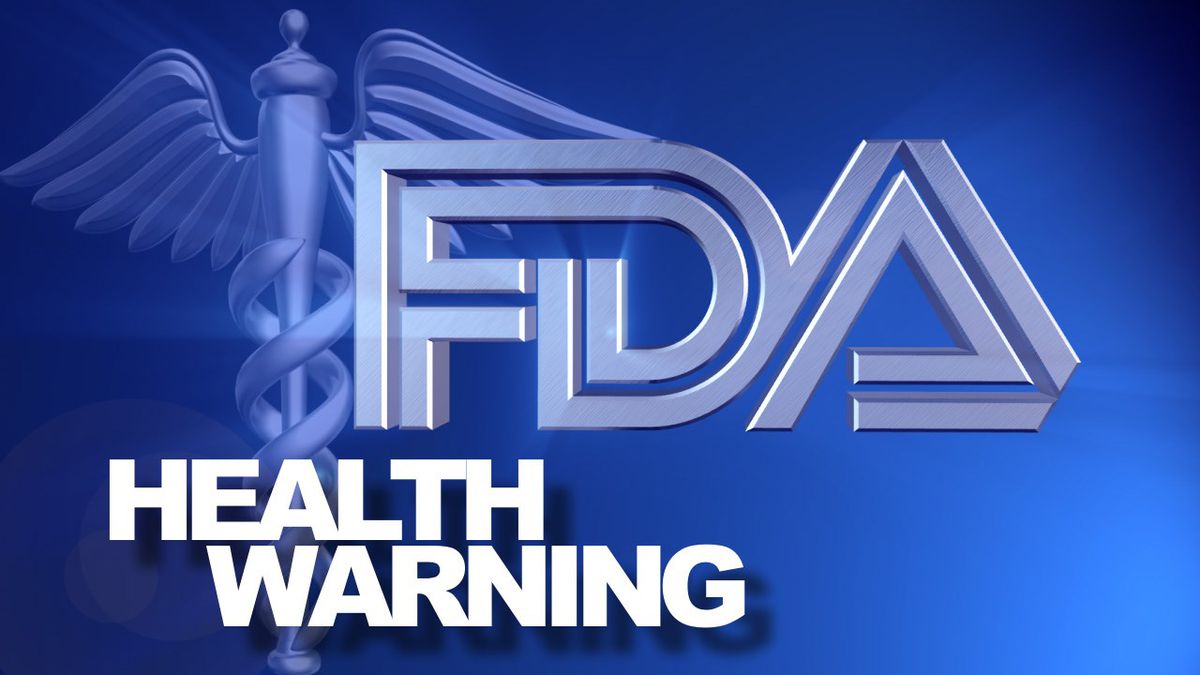 Liraglutide, the active ingredient in Saxenda, belongs to the "incretin" family of drugs which fall into 2 categories: (1) GLP-1 agonists such as Saxenda and Victoza; and (2) DPP-4 inhibitors like the diabetes drug Januvia. These medications work by manipulating GLP-1 hormone levels in the body.

The problem with incretin weight loss drugs is that they cause abnormal cell growth in the pancreas. Since incretin drugs first hit the U.S. market, there has been increasing concern that their effect on the pancreas may cause an increased risk of pancreatic cancer risk.

The first incretin medications were approved by the Food and Drug Administration in 2005 for treatment of diabetes. By 2007, the FDA had received numerous reports that these drugs promptly were linked to pancreatic cancer.

This association prompted the FDA to publish a warning stating that use of incretin drugs may increase the risk of pancreatic and thyroid cancer.

FDA also required that incretin manufacturers include this information in their product labeling and warnings. The next round of incretin drug approvals resulted in a similar number of increased reports of pancreatitis in users of the medications.

In 2009, a study of incretin drugs conducted on rodents found that increased GLP-1 levels were a probable cause of pancreatic and thyroid tumors in the animals.

Researchers at UCLA Medical School later conducted a study which autopsied deceased patients who had taken an incretin diabetes drug. The autopsy results found cell abnormalities in the pancreases of ALL of the patients who had been taking incretin drugs for 1 year or longer.

In additional to abnormal cell counts, small tumors were found in the pancreases of patients taking incretin drugs. The cell abnormalities and tumors were indicators that the patients were at an increased risk of developing pancreatic cancer in the future, according to an endocrinology and diabetes specialist.

In 2011, a study was published in the Journal of Gastroenterology on Byetta, another incretin medication. The study found that patients who took Byetta were 3 times more likely to lose weight and be diagnosed with pancreatitis and pancreatic cancer.

In 2013, a study conducted by Johns Hopkins University found that incretin medications double the risk for acute pancreatitis and pancreatic cancer and that patients using the drugs had a higher rate of pancreatic masses and precancerous tumors.

A few months later, a European study also found a link between incretin drugs and pancreatic damage. In 2012, the FDA received a Citizen Petition formally requesting that Victoza be recalled after users were diagnosed with pancreatic cancer.

In response, the agency issued a Drug Safety Communication in March 2013 regarding incretin drugs and pancreatic cancer risks.

The FDA then launched an investigation into the association between pancreatic cancer and incretin medications. In March 2014, the FDA announced that there was not conclusive evidence indicating a causal link between Victoza and pancreatic cancer.

A few months later, the FDA reviewed the drug's safety concerns regarding Saxenda and reached the same conclusion. In 2017, the results of a European study were presented to the European Cancer Organization. The study concluded that patients who took incretin diabetes drugs were at a significantly increased risk for being diagnosed with pancreatic cancer. 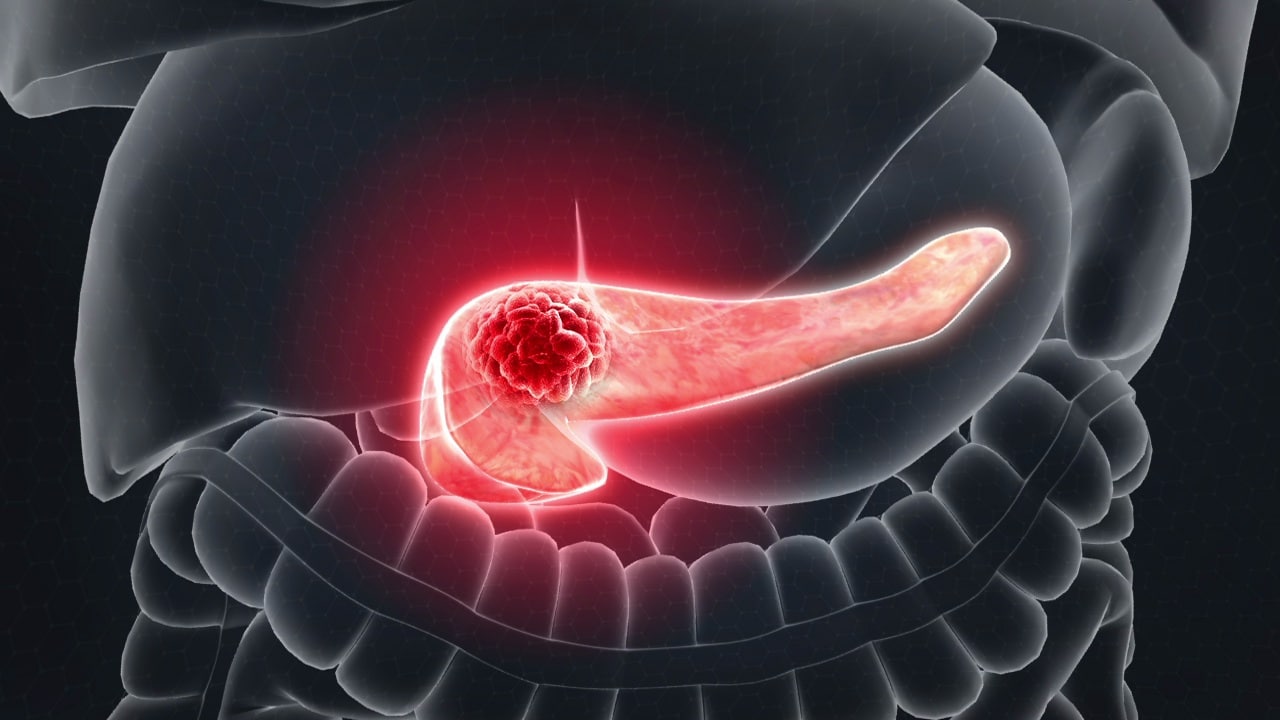 Liraglutide, the active ingredient in Saxenda, has been linked to the following serious side effects:

Other, less severe side effects may include: 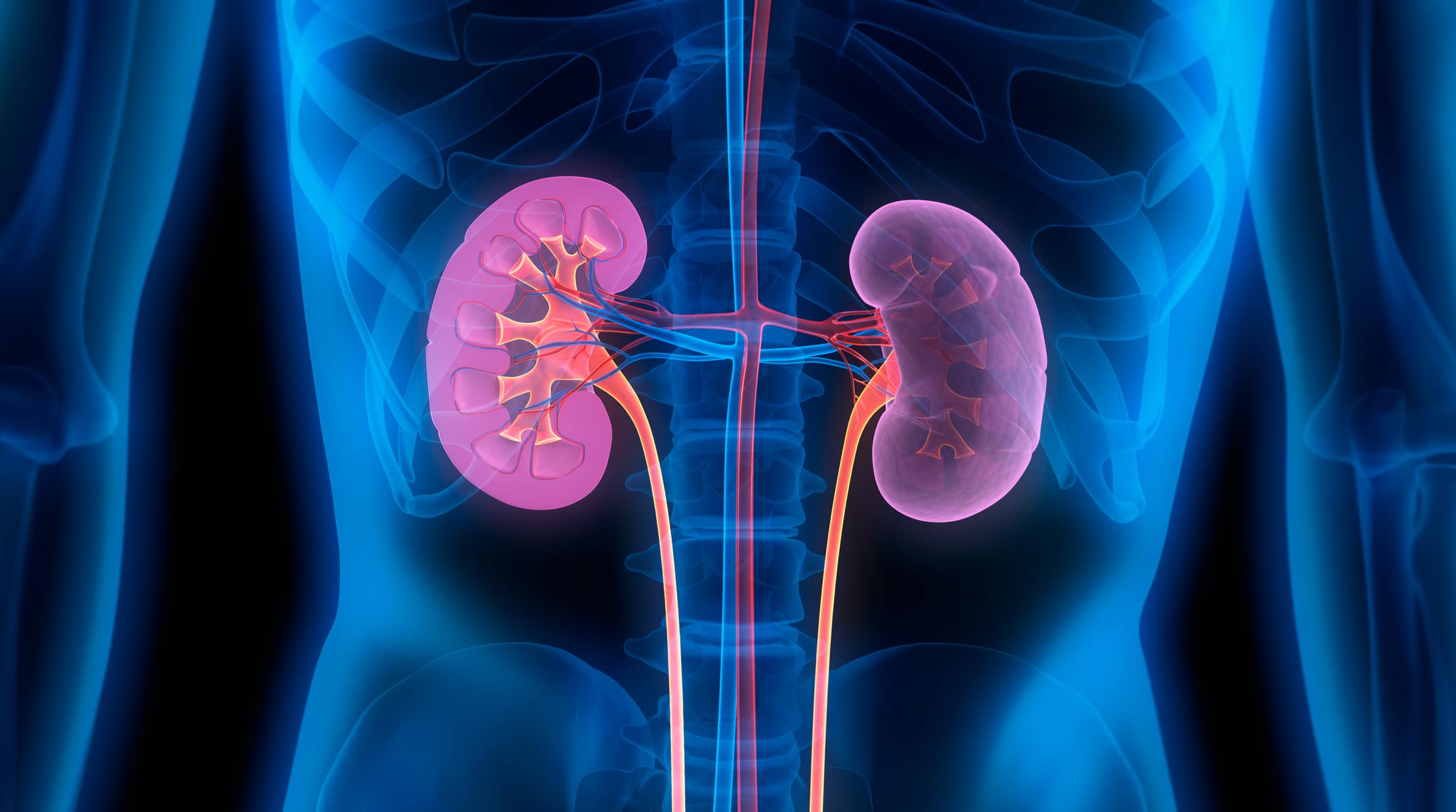 Saxenda warning labels [1] indicate that the drug may cause nausea, vomiting or diarrhea leading to loss of fluids (dehydration).

Dehydration may lead to kidney damage, which can occur in people who have never had kidney problems before.

Drinking plenty of fluids may help reduce your risk of dehydration, according to the labeling. 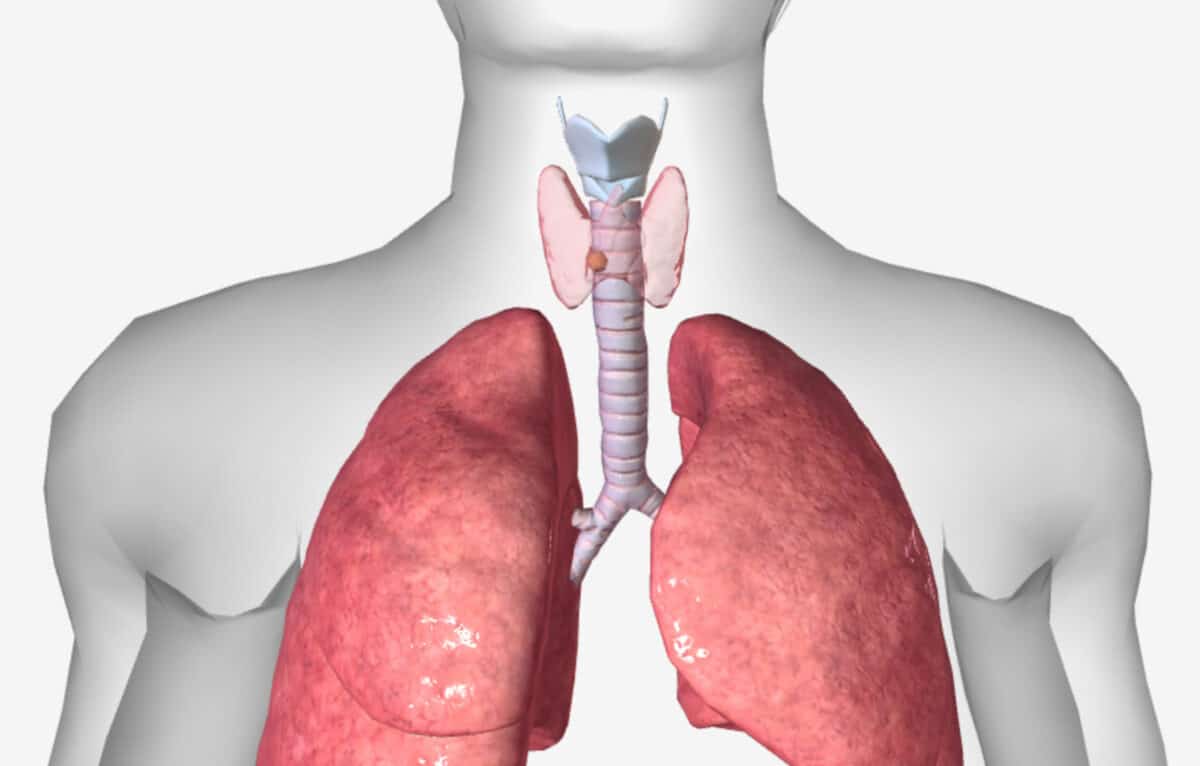 Saxenda carries a boxed warning [2] which indicates that it may cause thyroid C-cell tumors at clinically relevant exposures in laboratory animals.

Doctors have been advised not to prescribe Saxenda to patients with a history of medullary thyroid carcinoma (MTC) or multiple endocrine neoplasia syndrome type 2 (MEN 2).

Signs and symptoms of thyroid cancer include:

Although they have the same active ingredient, liraglutide, Saxenda and Victoza are prescribed for very different purposes.

Victoza is a lower dose version of liraglutide used for the treatment of type 2 diabetes, while Saxenda is prescribed for chronic weight management. Both prescription drugs may increase the risk for the above serious side effects.

Victoza, has been around a few years longer, however, was the subject of numerous cancer injury lawsuits. Saxenda and Victoza contain the same active ingredient (Liraglutide) but Saxenda is a much higher dosage so it presumably presents the same if not greater safety risks.

The Victoza lawsuits were based on failure to warn allegations. Specifically, that Novo Nordisk failed to warn doctors and patients that Victoza increased the risk of pancreatic cancer. Like Victoza, Saxenda comes with a so-called "Black Box" warning label - the FDA's highest level warning. The label warns about the risk of thyroid cancer and a potential risk of acute pancreatitis. However, there is no specific mention of an increased risk of pancreatic cancer.

Can I File a Class Action Lawsuit?

To date, no class action lawsuit has been filed in the Saxenda litigation. The weight loss drug was only recently approved, and the health risks associated with the medication are only now beginning to surface.

Our lawyers are currently only filing individual lawsuits on behalf of people who developed pancreatic cancer or pre cancerous cell changes after taking Saxenda. Contact us today if you feel that you’ve been injured.

Can I File a Saxenda Lawsuit?

Only a qualified attorney can determine whether you are eligible to file a lawsuit against Novo Nordisk or other drug companies, which is why we are currently offering free case evaluations. If you were diagnosed with pancreatic cancer, simply fill out the confidential evaluation form below to contact our law firm now.

Most cases involving weight loss drugs allege that a product was sold with design, manufacturing, and/or marketing defects, which typically refers to a company’s failure to warn of a certain side effect.

In the case of Saxenda, our attorneys suspect that patients may be able to take legal action in light of claims that Novo Nordisk failed to adequately warn patients about the risk of pancreatic cancer.

How Can Filing a Saxenda Lawsuit Help Me?

By filing a lawsuit against the maker of Saxenda, you may be entitled to collect compensation for all current and future medical college expenses related to the treatment of your pancreatic cancer, as well as for damages for pain and suffering.

Additionally, filing a lawsuit with our law firm can help hold the weight loss drug’s manufacturer accountable for releasing an allegedly defective drug into the marketplace, and to discourage other pharmaceutical companies from engaging in similar conduct.

What are Saxenda Lawsuits Alleging?

Saxenda lawsuits are based on failure to warn allegations. Specifically, that Novo Nordisk failed to warn doctors and patients that the weight loss drug increased the risk of pancreatic cancer. Like Victoza, Saxenda comes with a so-called "Black Box" warning label - the FDA's highest level warning.

The label warns about the risk of thyroid cancer and a potential risk of acute pancreatitis. However, there is no specific mention of an increased risk of pancreatic cancer.

Get a Free Saxenda Lawsuit Evaluation With Our Lawyers

The Pharmaceutical Litigation Group at our law firm is an experienced team of trial lawyers that focus on the representation of plaintiffs in Saxenda induced injury cases.

Free Case Evaluation: Again, if you were harmed by the side effects of the weight-loss drug Saxenda, you should contact our law firm immediately for a free case evaluation. You may be entitled to a settlement by filing a suit and we can help.