Chantix Lawsuit | Get the Right Lawyer

July 19, 2022 - Pfizer has announced a nationwide recall for the following lots of Chantix after the product was found to contain an impurity called N-nitroso-varenicline, which "may be associated with a theoretical potential increased cancer risk in humans":

The recalled Chantix was distributed nationwide to wholesalers and distributors in the U.S. and Puerto Rico from June 2019 to June 2022.

Chantix (varenicline) is a medication used to help you quit cigarettes that belongs to a class of drugs known as partial nicotine receptor agonists. It works in the same part of your brain as nicotine, lowering cravings and preventing nicotine withdrawal symptoms. Chantix is made by Pfizer, and was approved by the U.S. Food and Drug Administration (FDA) on May 10, 12006.

Soon after it was released, Chantix began being linked to reports of depression, suicidal ideation, and violent behavior in some users.

“The FDA is notifying the public that the use of Chantix (varenicline) or Zyban (bupropion hydrochloride), two prescription medicines that are used as part of smoking cessation programs, has been associated with reports of changes in behavior such as hostility, agitation, depressed mood, and suicidal thoughts or actions."

In July 2011, a study found that Chantix use may increase the risk of heart attacks and strokes by as much as 72% in smokers who take it, even those without heart disease.

Chantix has been linked to the following serious side effects:

The risk of serious neuropsychiatric symptoms with Chantix is highlighted in the Boxed Warning and Warnings and Precautions section (1) of the physician label and in the patient Medication Guide. Such events can include changes in behavior, hostility, agitation, depressed mood, and suicidal ideation. These warnings were based on post-marketing reports describing changes in mood and behavior during and after Chantix use.

In October 2011, FDA announced that 2 studies concluded Chantix does not lead to more hospitalizations from psychiatric events than other nicotine replacement therapies. However, the agency noted that the studies were too small to detect rare adverse events, and did not include the significant increased risk of psychiatric events that did not result in hospitalization.

A study published online in the Public Library of Science journal PLoS One (11/11) suggested that use of Chantix was 8 times more likely to be linked to suicidal behavior than other nicotine replacement products. The study analyzed reports of severe physical injury associated with the use of Chantix.

On June 16, 2011, the FDA issued a warning that Chantix may be associated with an increased risk of certain cardiovascular adverse events in patients who have cardiovascular disease. This safety information was added to Chantix physician labeling.

The cardiovascular events included angina pectoris, nonfatal myocardial infarction, need for coronary revascularization and new diagnosis of peripheral vascular disease. Although the number of cardiovascular events was small, the FDA notes that some events, including heart attack, occurred more frequently in patients treated with Chantix. 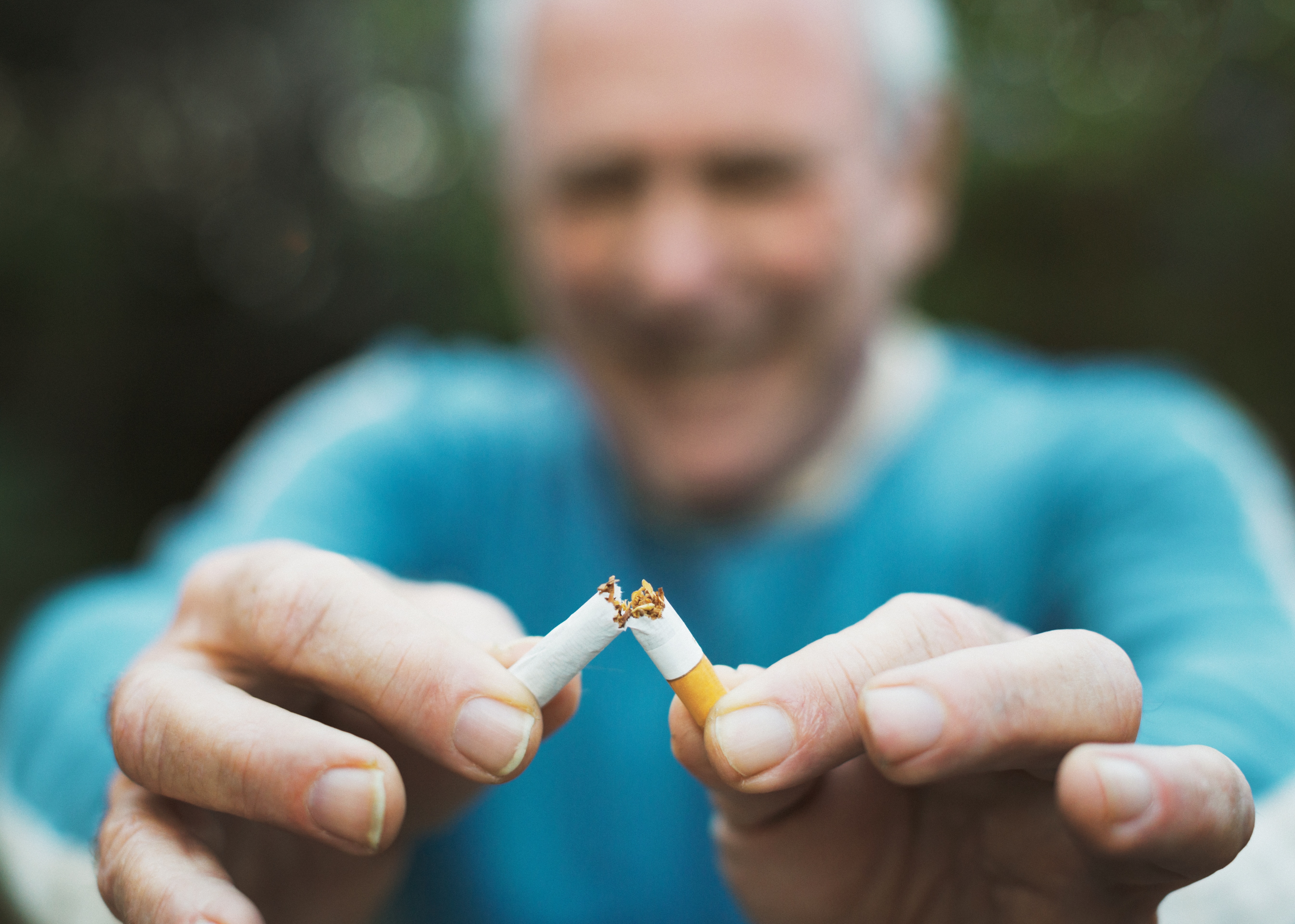 How to Quit Smoking Without Chantix

If you want to stop smoking, several different treatments are available instead of Chantix to help you beat your addiction and reduce withdrawal symptoms.

The best treatment for you will depend on your personal preference, your age, whether you're pregnant or breastfeeding and any medical conditions you have. Speak to your general practitioner for advice.

Research has shown that the following methods can be effective for quitting cigarettes without Chantix:

The main reason that people smoke is because they are addicted to nicotine. NRT is a drug that provides you with a low level of nicotine, without the tar, carbon monoxide and other poisonous chemicals present in tobacco smoke.

Nicotine replacement therapy can help reduce unpleasant withdrawal effects, such as bad moods and cravings, which may occur when you quit cigarettes. NRT is available as:

Champix is a medicine that works by reducing cravings for nicotine like NRT, and also blocks the rewarding and reinforcing effects of cigarettes. Evidence suggests it's the most effective medicine for helping people stop cigarettes. Champix is only available on prescription, so you'll need to see your general practitioner to get it.

Zyban is a drug that was originally used to treat depression, but it has since been found to help people quit cigarettes. It's not clear exactly how it works, but it's thought to have an effect on the parts of the brain involved in addictive behavior.

Zyban is taken as 1 to 2 tablets a day. You should start taking it a week or 2 before you try to quit. A course of treatment usually lasts around 7 to 9 weeks.

An e-cigarette is an electronic device that delivers nicotine in a vapor. This allows you to inhale nicotine without most of the harmful effects of cigarettes, as the vapor contains no tar or carbon monoxide.

Research has found that e-cigarettes can help you give up smoking, so you may want to try them rather than the medications listed above. However, be aware that e-cigarettes are addictive and have also been linked to many serious side effects.

If You are Taking Chantix

People who are taking Chantix and experience any serious and unusual changes in mood or behavior, or who feel like hurting themselves or someone else should stop taking the drug and call their doctor immediately.

Friends or family members who notice these changes in behavior in someone who is taking Chantix for smoking cessation should tell the person their concerns and recommend that he or she stop taking the drug and call a healthcare professional right away.

Is There a Class Action Lawsuit?

Pfizer has faced thousands of lawsuits involving Chantix. These cases were not formed into a class action lawsuit; instead, they were individual suits that were consolidated as part of a federal Multi-District Litigation (MDL No. 2092) (2) in the U.S. District Court for the Northern District of Alabama.

Pfizer in March 2013 settled or agreed to settle about four-fifths of 2,700 state and federal lawsuits, and took a $273 million charge to cover the costs, according to FiercePharma (3). The drug manufacturer set aside another $15 million toward resolving the rest of the claims.

Chantix came under fire after incidences of suicide, suicide attempts and other psychiatric disturbances were reported in users. FDA required a "black box" warning on the drug, to alert patients and doctors to the risk of psychiatric side effects. Critics said the drug companies Chantix clinical trials had improperly excluded patients with a history of mental disturbances.

Pfizer responded by sponsoring a clinical trial of Chantix in many smokers who were either depressed or had a history of psychiatric problems. It beat placebo at helping patients quit smoking, the study found.

The trial also assessed participants' psychiatric health and found no differences in severe side effects between the 2 arms, according to Pfizer. The company tried--and failed--to persuade Johnson to postpone one trial to allow for admission of the study data.

The FDA has determined that Chantix is probably linked to an increased risk for heart attack. However, the agency also notes that smoking comes with enormous risks to the heart, and quitting can change that. Pfizer has disputed the research that informed the FDA's opinion on the subject, and continues to stand by the drug's risk-benefit balance.

"Chantix is an important, FDA-approved medication and effective treatment option for adult smokers who want to quit," Pfizer said following the settlements. "Smoking is the number one cause of preventable death in the United States, and the health benefits of quitting smoking are immediate and substantial. We are confident in the benefit-risk profile of this medication and are committed to defending it."

See here for all our cases related to dangerous drugs lawsuits