Hernia Mesh Lawsuit in Michigan | Get the Right Lawyer

Our Michigan Hernia Mesh Lawyers are investigating allegations that mesh implants used during hernia surgery caused serious injuries in patients — ranging from pain and infection to adhesion to tissue and bowel obstruction. There are currently hundreds of defective hernia mesh lawsuits pending in federal courts across the United States.
CONTENTS
Last Updated: August 25, 2022
Free Hernia Mesh Complications Lawsuit Review
If you or a loved one suffered a hernia mesh injury, you should contact a Hernia Mesh Lawyer at Schmidt & Clark, LLP, immediately.

Hernia mesh victims may be entitled to compensation by filing a lawsuit and a hernia mesh attorney can help. Please click the button below for a Free Confidential Hernia Mesh Injury Case Evaluation or call our medical malpractice lawyers toll-free 24 hrs/day by dialing (866) 588-0600.

The last monthly period saw another high volume of new medical malpractice lawsuits added to the C.R. Bard hernia mesh class action lawsuit in Ohio. Between June 15 and July 15, at least 216 new cases were transferred into the Bard MDL, bringing the total lawsuits filed over the Bard hernia mesh to at least 17,195.

Why Do Doctors Use Mesh to Repair Hernia Injuries?

Most surgeons use mesh because the repair can be done without putting tension on the tissue, which in turn reduces the likelihood of a hernia recurrence. Some studies, most of which are funded by medical device manufacturers, suggest that half of all hernia repairs without mesh fail, while only 20% of mesh repairs fail. Thus, mesh is typically used unless a patient has an active infection or sepsis.

There are four main types of ventral hernia repair surgeries: 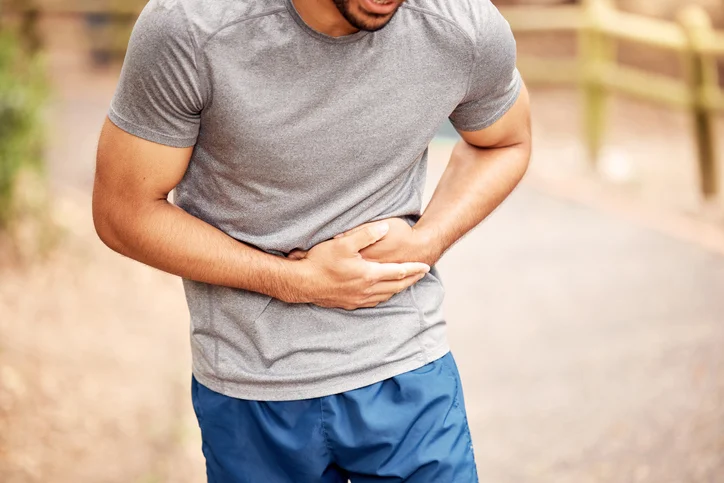 When Hernia Repair Surgery is Necessary

Surgeons had previously sewed the torn area back together through extensive corrective surgery. However, the abdomen might weaken after the simple hernia mesh repair and cause a larger rip in the exact location.

The recurrence of a torn abdominal muscle and peritoneum (the connective tissue lining of the abdominal wall) could cause a small hernia with an intestinal bulge to develop into a large hernia where loops of the intestine are pushed through the muscle.

In addition, in some severe cases, the intestines would become pinched in the muscle wall (strangulated hernia).

Many of the synthetic hernia mesh implants marketed since 2005 were rushed to the U.S. market using the FDA’s 510k medical devices clearance process, and were manufactured and marketed with little to no studies as to the safety of the surgical mesh device for hernia repair.

Many of these hernia mesh patch devices have been silently withdrawn from the market or otherwise recalled due to hernia mesh injuries caused by medical malpractice.

These problematic surgical mesh implants allegedly contain design defects and undisclosed or under-disclosed risks such as: (1) use of “coatings” on the defective hernia mesh product that cause adverse reactions and infections; (2) excessive hernia mesh and tissue contraction; (3) tendency of the mesh to migrate, shrink, or turn into a hardened ball or mass; and (4) excess foreign body reaction and rejection of the hernia mesh implant in the body.

See the other defective medical device litigations our attorneys have covered.

People who filed mesh cases against the manufacturers of defective products have allegedly suffered complications including: 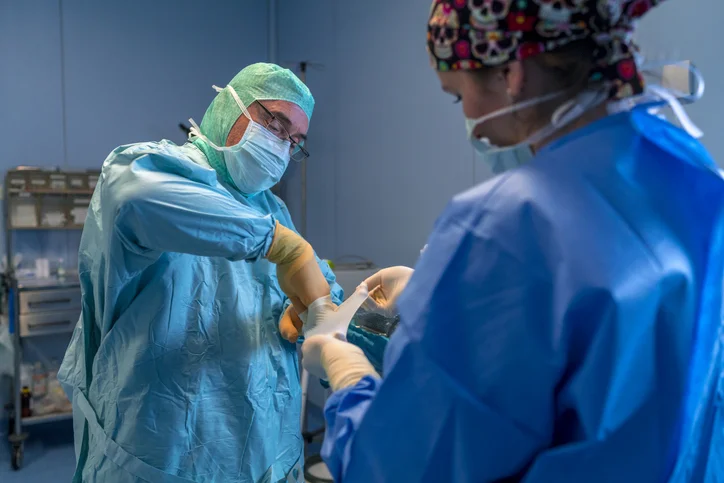 Which Hernia Meshes Have Been Recalled?

While it’s often difficult to identify which hernia mesh products have been recalled or removed from the market, the following are suspected to cause problems during hernia repairs in the abdominal wall:

C-Qur mesh is manufactured by Atrium Corporation, and is a flexible, non-absorbable polypropylene mesh with filaments woven into a fabric and laminated.

The FDA originally approved Atrium’s C-Qur mesh in March 2006 via the 510(k) approval program, which allowed the mesh to be placed into the marketplace without rigorous safety studies because it was “similar” to another hernia patch already on the market.

Despite signs of potential problems with the C-Qur mesh design, Atrium has introduced a variety of similar products for use in hernia repair, chest wall reconstruction, and treatment of traumatic or surgical wounds. All of the products are made with polypropylene mesh, and coated with gel made from Omega-3 fatty acids.

There have been many problems reported to the FDA regarding the C-Qur mesh. There were so many reported complications that on October 11, 2012, FDA issued a warning letter to Atrium Medical Corporation, noting that the company was failing to adequately address complaints related to infections associated with the C-Qur hernia mesh.

The letter also revealed that Atrium Corporation appeared to be ignoring numerous sterility complaints, including at least 35 separate complaints of human hair found in defective medical devices that were supposed to be sterile.

The FDA’s letter also said Atrium added additional products to their sterilization load, including the C-Qur V-Patch, without properly evaluating the additional challenges that this device may present to sterilization. Additionally, Atrium modified the temperature during the manufacturing process of the C-Qur hernia mesh without approval of the FDA.

Despite the FDA’s warning letters, requests for compliance, and mounting medical studies that questioned the safety of C-Qur mesh, Atrium continued to market its C-Qur composite mesh products.

On February 3, 2015, at the FDA’s request, the US Department of Justice filed a lawsuit against Atrium for introducing adulterated and defective medical devices into the marketplace. Ultimately Atrium was fined $6 million for noncompliance. FDA also issued a permanent injunction.

July 14, 2022 - The judge in the C.R. Bard Hernia Mesh MDL denied motions filed by both sides seeking to undo the $225,000 verdict awarded in the 2nd hernia mesh trial in April.

The defendants had filed a motion seeking to overturn the verdict because they claimed that the plaintiffs had failed to present adequate evidence of causation. The plaintiffs wanted a new trial because they didn’t think the jury awarded enough damages. In a pair of orders, the Bard class action judge denied both motions, which means the bellwether verdict will stand unless overturned on appeal.

July 7, 2022:  The Bard hernia mesh class action judge denied defendant's request for a docket control order covered in the last update. Such an order would have put pressure on plaintiffs to put marshal evidence to support their case, including possibly expert testimony. Plaintiffs' lawyers saw this as a premature request that would put an undue burden on plaintiffs and their attorneys.

July 1, 2022: As C.R. Bard seeks a docket control order in the ongoing hernia mesh MDL, new lawsuits against Bard continue getting filed across the U.S. and transferred into the MDL. Over the past week, at least 10 more Bard hernia lawsuits were transferred into the MDL class action. Four of the new cases came from the District of Rhode Island and 6 from the District of Minnesota.

June 14, 2022:  The defendants in the largest of the hernia mesh MDLs, C.R. Bard and Davol, are now asking the MDL judge to issue a “docket control order” that would reduce the number of new cases coming into the MDL. The C.R. Bard hernia mesh MDL was established in 2018 and has grown to include at least 16,803 pending cases by plaintiffs alleging that they suffered various injuries and complications from the defective design of Bard’s mesh implants.

June 1, 2022: Lawyers for Plaintiff Antonio Milanesi filed a response in opposition to Bard’s post-verdict JMOL motion. In that response, Milanesi points out the JMOL simply restates the same arguments that the Court has previously rejected both at the summary judgment stage, and again in Bard’s pre-verdict JMOL.

The response also asserts that Milanesi did, in fact, adequately prove that the VentraLex hernia mesh at issue was defective. Specifically, the response notes that the alleged defects in the mesh product were established with “competent expert testimony” as required under Florida law.

What is the Average Payout of Hernia Mesh Lawsuits?

Generally, hernia mesh cases for medical malpractice in the top settlement tier (those with the most serious surgical repair injuries) could have a value of around $250,000 to $1,000,000. However, this will only represent a small percentage of the defective medical device cases.

The average lawsuit for potentially serious complications from surgical mesh products will probably have a settlement value of around $65,000 to $80,000. 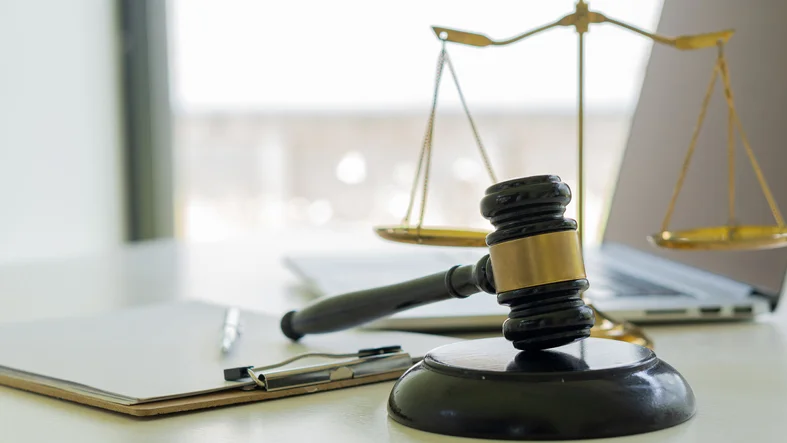 The Michigan Hernia Mesh Litigation Group at our law firm is an experienced team of trial lawyers that focus on the representation of plaintiffs in Hernia Mesh Implant Lawsuits. We are handling individual litigation nationwide and currently accepting new hernia mesh cases in all 50 states.

Free Confidential Hernia Mesh Recalls Lawsuit Evaluation: If you or a loved one has been injured by hernia mesh products or other medical devices, you should contact a hernia mesh lawyer immediately for a free consultation. You may be entitled to financial compensation for lost wages and medical bills by filing a Michigan Hernia Mesh Lawsuit against the manufacturer and our legal team can help.