The drug recall lawyers at Schmidt & Clark, LLP discuss the top reasons for FDA drug recalls of the past and provide importnat information about current lawsuits being filed. If you or a loved one has been injured by a recalled drug, you should contact our law firm for a free case review. You may be entitled to a settlement by filing a drug recall lawsuit, and we can help.

Doctors prescribe medications to help treat their patients' health problems. Every time the patient takes medicine, they put their trust in the companies that make these products so they will not be harmed. However, some pharmaceutical manufacturers violate this trust by selling drugs that are defective. Some medicines are released before all of the side effects are known, or things can go wrong in the manufacturing process.

To see a current list of prescription and over-the-counter lawsuits our lawyers are handling, please visit: https://www.schmidtandclark.com/dangerous-drugs

Free Confidential Lawsuit Review
If you or a loved one was injured by a recalled drug, you should contact our law firm for a free case review. You may be entitled to compensation by filing a drug recall lawsuit, and we can help. Please click the button below for a Free Confidential Case Evaluation or call us toll-free 24 hrs/day by dialing (866) 588-0600. 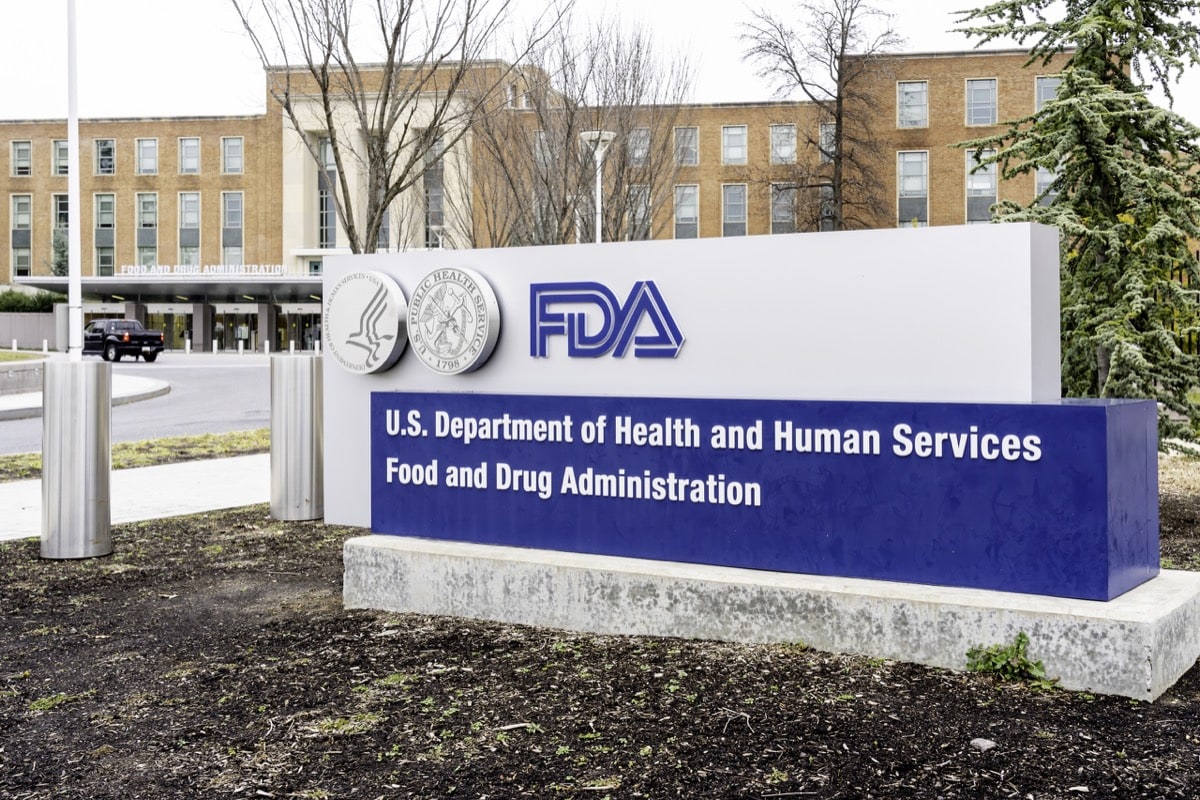 What is a Drug Recall?

The Food and Drug Administration defines a drug recall as "an action taken by a company at any date to remove a defective drug product from the market."

The majority of medical drug recalls are voluntary -- the manufacturer identifies an issue and recalls the affected drug. However, sometimes a drug is recalled after the FDA raises concerns.

Regardless of the reason for the recall, the FDA's role is to supervise a manufacturer's strategy and assess and ensure the appropriateness of its handling of the recall.

Why are Drugs Recalled?

During the first quarter of 2020, manufacturing issues were the top reason for medicine recalls, according to a Stericycle Expert Solutions Report. Other reasons for market withdrawals included problems with the quality of the drug, presence of foreign material, issues with the drug label, or contamination of the drug process.

When is a Drug Recall Announced?

An FDA drug recall occurs when a prescription or over-the-counter medicine is removed from the market because it is found to be either defective or potentially harmful to patients. Sometimes, the makers of a drug will discover a problem with their tablets and voluntarily recall them. Other times, the FDA will request that the medicine be recalled after receiving reports of problems from the public.

What is the Most Common Type of Drug Recall?

FDA drug recalls are extremely common; however, the vast majority are minor and don't pose a significant threat to your health. For example, from January 1, 2020, to March 31, 2020, the FDA announced 25 medical drug recalls for reasons such as mislabeling, contamination, defective packaging, or formula impurities.

"We get alerts from the FDA almost daily," pharmacist Chris Snyder reported to the Cleveland Clinic. "The majority aren't impactful. The big ones are rare."

Who is Responsible for Drug Recalls?

Contrary to popular belief, the Food and Drug Administration rarely has to force a manufacturer to recall a medication. In most cases, manufacturers identify the problem with a drug and recall it before consumers are ever affected. The FDA's primary role is to oversee the drug recall process and make sure manufacturers act promptly to protect the public.

Once a manufacturer informs the agency of a recall, the FDA typically issues safety alerts warning of the risks associated with the drugs on its website. Typically, the consumer is only notified when a drug poses a severe health hazard. In these cases, patients may get notifications from the manufacturer, their pharmacist, or health care provider. Manufacturers remove about 4,500 medications and medical products from the market each year for various reasons, according to Board Vitals.

How Many Drugs Have Been Recalled by the FDA?

Ongoing recalls have recently gained a significant amount of attention in the media and increased concerns among healthcare providers and the patients they treat. From January 2013 to October 2018, nearly 8,000 prescription medicines were recalled by medical companies across the U.S. and overseas, according to a report by Kaiser Health News (KHN). The report also found that over 2,500 facilities remained uninspected over five years, and more than 1,600 facilities -- including 400 located outside the U.S. -- had not been inspected in a decade.

Ten major FDA recalls from the recent past include:

Valsartan, Losartan, and Irbesartan: These widely-prescribed blood pressure medications are responsible for over 75 recalls in recent years due to contamination with a cancer-causing impurity. Valsartan lawsuits are currently being filed nationwide.

Zantac: the extremely popular heartburn drug Zantac (generic: ranitidine) was recalled over the potential contamination with the cancer-causing toxin NDMA. This is an active lawsuit. Our drug recall lawyers are handling these cases in all 50 states.

Talcum Powder: Although talcum powder is not considered a drug, the FDA issued a recall announcement because Johnson's Baby Powder was found to have asbestos, which can cause mesothelioma. Johnson & Johnson plus additional manufacturers are already facing thousands of talcum powder lawsuits claiming that the product leads to ovarian cancer and/or mesothelioma. This is an active lawsuit. Contact our drug recall lawyers to see if you qualify.

Accutane: Prescribed as a quality acne treatment for nearly 30 years before being recalled over an increased risk for severe side effects including inflammatory bowel disease (IBD), suicidal tendencies, and birth defects in babies born to mothers who took the drug during pregnancy.

Vioxx: Pain medication linked to nearly 28,000 heart attacks or cardiac deaths over a 4-year span. The average heart attack rate works out to about 4 per every 1,000 patients who took the drug. Drug recall lawyer Micahel E. Schmidt represented a large number of Vioxx victims.

Raptiva: Psoriasis treatment that was linked to an increased risk for an extremely rare but deadly brain infection called leukoencephalopathy. This condition causes the white matter of the brain to become inflamed, resulting in damaged white matter and injury to the central nervous system (CNS). The FDA in 2009 announced a Public Health Advisory notifying the healthcare community of the risks associated with Raptiva. The manufacturer then voluntarily issued a recall for the product.

Baycol: This drug was prescribed to patients as a treatment for high cholesterol and is reportedly responsible for more than 100,000 deaths and about as many lawsuits. It was connected to a severe muscle disorder known as rhabdomyolysis, which clogs the kidneys with protein from dying muscle tissue. Our drug recall lawyers were also significantly involved in this $1.2 billion settlement.

Lipobay: High-cholesterol treatment used to prevent heart disease, which was recalled in 2001 after researchers identified a link to a severe muscle-wasting condition known as rhabdomyolysis. A search of the FDA website found at least 52 deaths linked to Lipobay before it was removed from the market.

Fen-Phen: Fenfluramine/phentermine, stylized for sale as Fen-Phen, was one of the many "miracle" weight-loss pills of the 90s. An estimated 6.5 million people turned to this drug between 1970 and the late 1990s to help them lose weight before the FDA called for it to be taken off shelves. Infamous drug recall lawyer C.L. Mike Schmidt was instrumental in obtaining an approximate $21 billion settlement related to Fen-Phen.

A study published in the Archives of Internal Medicine investigated a search of 1,700 drug recalls issued between 2004 and 2011. The researchers found about one major recall per month and determined that 91 of those were Class I Recalls; however, not all of these actions were reported to the public.

Of the 91 Class I Recalls, the FDA Drug Recall Alert System only issued notices for 55 of them. The MedWatch Reporting System did slightly better, issuing warnings for 18 of the remaining Class I Recalls. That leaves another 18 – approximately 20% – that was not reported by any FDA system.

The study's authors concluded that not only is the incompleteness of reporting a major problem but that many doctors have difficulty determining which recalls are important and which are not due to the fact that both systems attempt to report every drug recall. For example, veterinary drug recalls are reported in the exact same manner as Class I medications, which may be life-threatening for humans.

"Equally problematic, the Class I recalls that are communicated through the Recall Alert System become buried in a system that is also used for recalls that have little or no bearing on patient care," the researchers said. "It may be difficult for providers who subscribe to and rely on these alerting systems to identify those recalls that are of particular importance."

When is a Recall Completed?

A recall is considered complete after all of the pharmaceutical company's corrective actions are reviewed by the FDA and deemed appropriate. After a recall is completed, the FDA makes sure that the drugs are destroyed or suitably reconditioned and investigates why the product was defective in the first place. As of July 2018, the enforcement report now tracks and displays updates to a recall's classification, the reason for the recall, code information, and product description if changes occur after initial publication.

What To Do If Your Drug Is Recalled

If your prescription medication has been recalled, you should keep taking it until you talk to your doctor about alternative treatments -- especially if your medication treats a serious condition. Discontinuing a prescription drug without consulting a physician could result in adverse health consequences, including death.

"Patients shouldn't just stop the medication when they see a recall," said Dr. Michael Carome, director of Public Citizen's Health Research Group. "First, talk to the healthcare provider that prescribed the medication and talk about what other medication they should switch to."

How To Find Out If Your Drug Is Recalled

While your doctor and pharmacist are always your best source for information, you can still educate yourself as a consumer. All recalls affect specific drug lot numbers. The lot number appears on the prescription bottle. If you are uncertain as to whether your particular lot has been recalled, you should take the bottle back to the pharmacy and find out if it's affected. Some pharmacies like CVS, Walgreens, and Rite Aid may contact consumers or provide information on their websites, but this isn't always the case.

Do I Have a Drug Recall Lawsuit? Contact a Lawyer to See if You Qualify.

The Pharmaceutical Litigation Group at our law firm is an experienced team of trial lawyers that focus on the representation of plaintiffs in drug recalls lawsuits. We are handling individual litigation nationwide and currently accepting new injury and death cases in all 50 states.

If you or a loved one has been injured by a recalled drug, you should contact our law firm for a free case review. You may be entitled to a settlement by filing a lawsuit, and our lawyers can help.