The Dixie Fire, the largest wildfire in California history, has destroyed nearly 1,000 homes and forced the evaluation of nearly half of residents in Pulmas County. Pacific Gas & Electric Co. (PG&E) has admitted that its equipment may be to blame for igniting the Dixie Fire.
Last Updated: April 1, 2022
Free Case Consultation
If you or a loved one was a victim of the Dixie wildfire in California, you should contact our law firm immediately for a free case evaluation. You may be entitled to financial compensation and our Dixie Fire Lawyers can help. Please click the button below or call an experienced attorney toll-free 24 hrs/day by dialing (866) 588-0600 for legal advice. 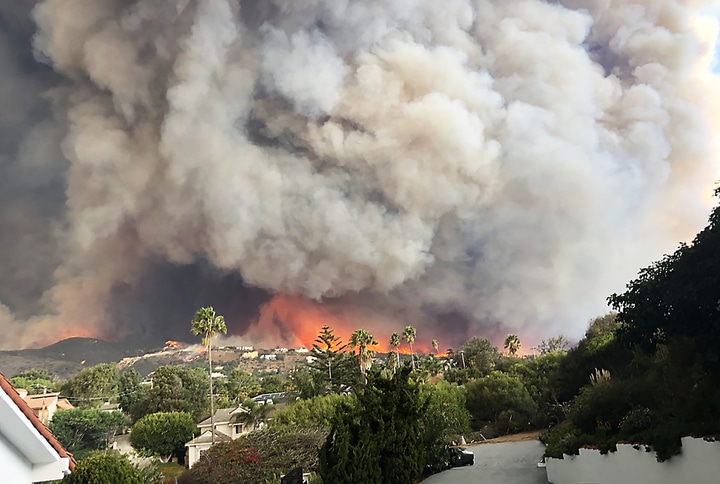 A responding employee observed from a distance what he thought was two blown fuses; however, because of the “challenging terrain and road work resulting in a bridge closure,” the employee was unable to reach the fuse until almost 5 p.m. that afternoon. While there, the employee observed a third fuse and noticed the Dixie Fire started on the ground near the base of a nearby tree.

“The responding PG&E troubleman observed from a distance what he thought was a fuse on the PG&E Bucks Creek 1101 12kV Overhead Distribution Circuit uphill from Rock Creek and Cresta Dam,” the utility company said in an electrical equipment incident report with the California Public Utilities Commission.

“Due to the challenging terrain and road work resulting in a bridge closure, he was not able to reach the pole with the fuse until approximately 1640 hours. There he observed two of three fuses blown and what appeared to him to be a healthy green tree leaning into the Bucks Creek 1101 12kV conductor, which was still intact and suspended on the poles.”

A judge in Northern California on August 6 ordered PG&E to explain its role in the Dixie Fire burning. While the cause of the blaze remains under investigation, California law asked PG&E to give information regarding the tree that fell on the utility company’s power line at the origin of the Dixie Fire.

Which Counties has the Dixie Fire Burned?

The Dixie Fire and Fly Fire California wildfires have destroyed tens of thousands of structures in the following California counties:

The Dixie Fire continues to rage amid hot, dry and windy conditions, according to Cal Fire.

As of August 8, the fire had destroyed or damaged at least 589 structures, with 14,000 more threatened.

In downtown Greenville the fire destroyed multiple historic buildings, many dating back to the California Gold Rush. The exact number of buildings lost in Greenville is uncertain but estimated at more than 100.

In Lassen National Park, the fire destroyed the Mount Harkness Fire Lookout and possibly other historic facilities within the park, according to Cal Fire.

Three firefighters have been injured on the Dixie fire. As of August 6, there were at least 8 civilians reported missing in the area of Greenville, Crescent Mills and Chester. 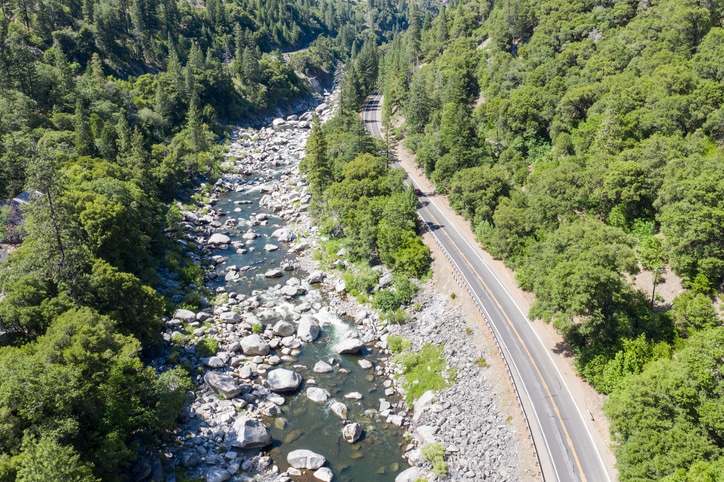 On July 21, evacuation orders were issued for Butte Meadows in northeast Butte County and the west shore of Lake Almanor in Plumas County, while the east shore of Almanor and the town of Chester were under an evacuation warning.

By July 24 evacuation orders were extended to Greenville, Crescent Mills, Taylorsville, and other communities along the Feather River canyons east and west of the fire, as well as Bucks Lake, Meadow Valley and parts of Quincy.

As of July 25, about 7,400 people in Plumas County and 100 people in Butte County had been evacuated. 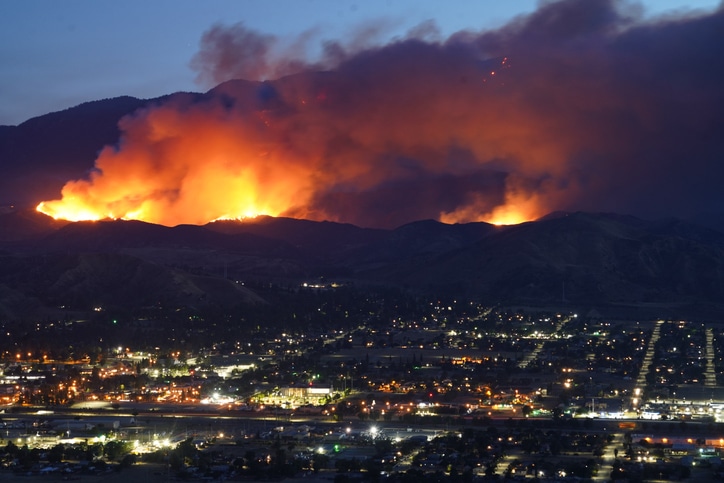 Residents of the Feather River Canyon area in Butte County, California, have been evacuated and have not yet been allowed back to their homes. The greenery that lined Hwy 70 is still standing, but it is now burned, according to the Pacific Crest Trail Association.

Pulga, Storrie, Tobin, and Belden, towns located in the Feather River Canyon off of Hwy 70, are all still intact.

The fire came close to Tobin and Beldon Town, the burn scar visible just feet away. Fortunately, it did not cause much destruction for either of the towns.

In 2018, the town of Paradise was decimated by the Camp Fire. More than 150,000 acres burned and more than 80 people lost their lives. Here are some of the differences between the recent California wildfires: 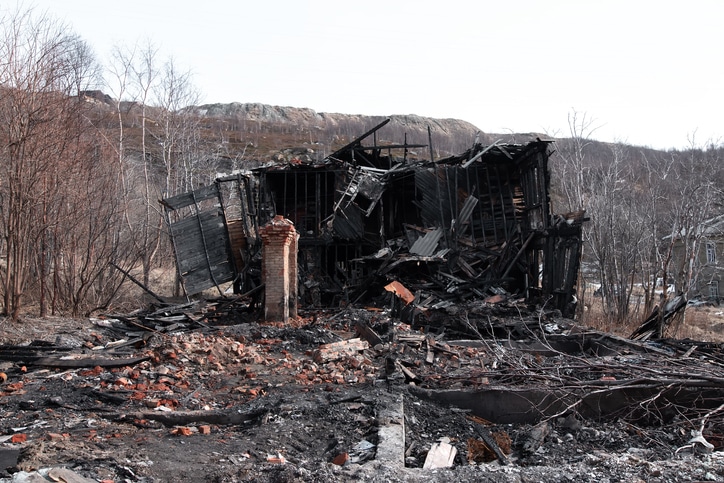 What Should Residents and Landowners Do?

If you live in proximity to the areas where the Dixie Fire is burning, stay up-to-date with California department orders and fire protection warnings. Nothing is more important than the safety of you and your loved ones.

However, once the fire is extinguished, it is likely that the Dixie Fire will have damaged or destroyed the property of hundreds of landowners, homeowners, and residents. Typically, when this occurs, those affected or who declared bankruptcy seek recovery from their insurance policy.

However, in wildfire cases, insurance claims very rarely fully compensate policy holders for all damages. In most cases, they provide inadequate compensation to replace or rebuild a home, replace personal property and rarely cover landscaping.

Do I Qualify to File a Dixie Fire Lawsuit Against PG&E?

You may be able to file a lawsuit against PG&E for property lost or injuries the wildfires caused. Because the company admitted to responsibility in its preliminary investigation, individuals and business owners should seek legal counsel as soon as possible. A wildfire lawyer will be able to advise you on your next steps in a potential lawsuit against the company.

While the investigation is still in the early stages, those who have lost property or suffered injuries may be able to pursue a lawsuit against the company with the help of our Dixie Fire Lawyers. 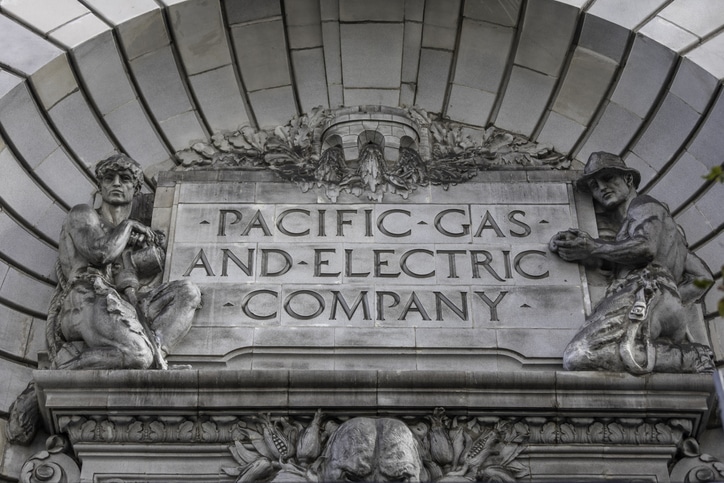 What Compensation Could I be Eligible to Receive?

Dixie Fire victims are homeowners, renters, business owners, and other individuals and entities whose property and lives were, literally and figuratively, destroyed by the Dixie Fire near San Francisco.

While each case is different, Dixie Fire victims will be able to pursue compensation for the following damages:

If Pacific Gas & Electric is found responsible for causing the fire, you may be entitled to damages that your insurance won’t cover.

In addition to under insured homes, most insurance policies don’t cover vegetation that is not part of the landscaping, natural vegetation or compensation for you or your family for the upheaval caused by the Dixie Fire. The law provides for more compensation than most people realize.

What if I don’t Have Enough Insurance to Cover the Costs of Wildfire Damage?

In addition to FEMA resources, filing a lawsuit against the responsible parties can help you recoup out of pocket expenses associated with the Dixie Fire. For example, in many cases, the insurance you carry on your home won’t cover landscaping, natural vegetation or compensation related to your evacuation. However, the law carves out a way to cover this by allowing you to file a Dixie Fire Lawsuit against those held liable. 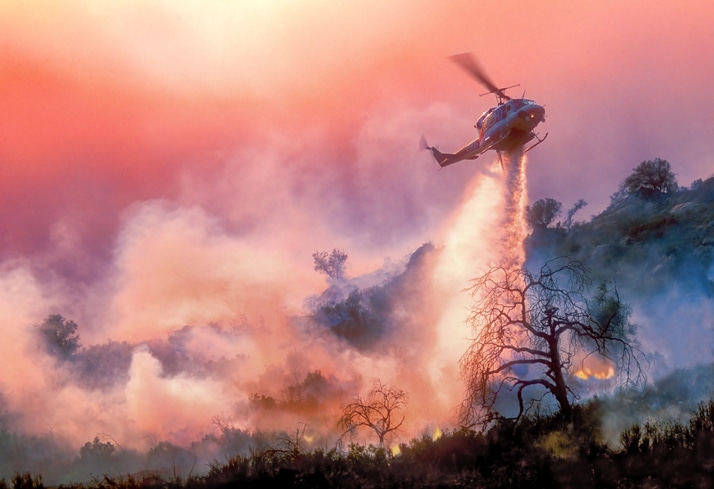 Get a Free Dixie Lawsuit Evaluation From Our Lawyers

The Disaster Litigation Group at our law office is an experienced team of trial lawyers that focus exclusively on the representation of plaintiffs in Dixie Wildfire Lawsuits. Our law firm is handling individual litigation nationwide and currently filing personal injury and devastating property damage claims in all 50 states.