The anticipation and excitement of having a baby is usually accompanied by the anxiety that something will go wrong with the birthing process, possibly causing disabilities in the child. The number of cases of cerebral palsy increases every year and the cause may be linked to medical malpractice cases, in which case a lawyer may be needed to file a cerebral palsy lawsuit seeking compensation for a medical malpractice claim.
CONTENTS
Last Updated: August 3, 2022

A medical provider caring for an expectant mother and the fetus are responsible to assure that they provide adequate medical care during the pregnancy, during labor and delivery, and immediately after the delivery of the baby.

Failing to provide adequate care can result in the doctors and nurses being held accountable for medical malpractice and the outcome of a pregnancy.

Some common forms of birth injuries arising from a medical malpractice claim include:

If you have recently given birth to a child with Cerebral Palsy, Brachial Plexus Palsy or Erb's Palsy you are probably wondering just what went wrong and when. Let us help you find out what really happened. If you suspect that medical malpractice has been a factor in your child's birth injury, you should contact us immediately. You may be entitled to file a cerebral palsy lawsuit and we can help.

What is Cerebral Palsy?

Cerebral palsy, or CP, is a medical condition caused by permanent brain damage that occurs before, during, or shortly after birth. The effect of CP is characterized by a lack of muscle control and abnormal body movement. While it is not a progressive disease of the brain, the effects of cerebral palsy may change gradually over the years. 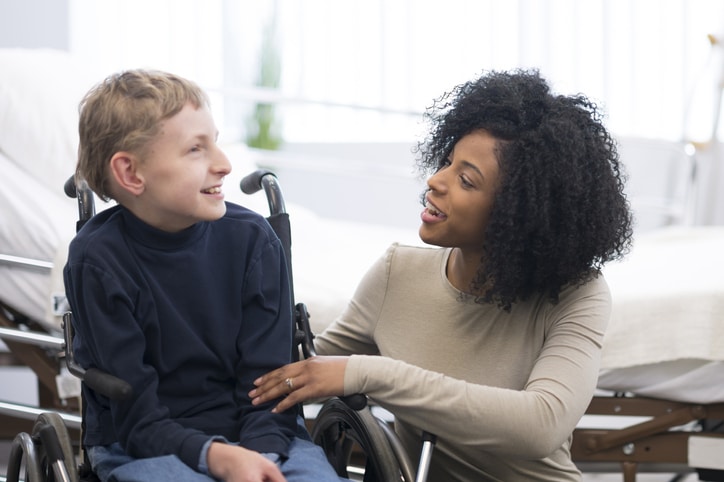 What is Medical Malpractice?

Medical malpractice occurs where a physician acts in a negligent manner when treating a patient's condition. Malpractice can occur from an action taken by the medical practitioner, or by the failure to take an appropriate action. Examples of medical malpractice in a cerebral palsy lawsuit include:

Many physicians have taken the position that CP is not and cannot be caused by doctors, and that it is virtually always caused by factors beyond the doctor's control before the baby is born. This view, while not supported by credible research or literature, is nevertheless surprisingly common among certain physicians and nursing practitioners.

To get a fair review of the probable causes of your child's cerebral palsy brain injury, it is very important for the lawyer representing you to make sure that the professionals who review your case are free of such biases.

There are several types of CP because the term is broad and used to describe brain impairment caused at birth or in the first years of life that is typically marked by motor impairment and other hindrances. Cerebral palsy types are classified based on the types of motor impairments caused by this condition, and the parts of the body this impairment affects.

CP often occurs while the embryo is developing during pregnancy where some form of abnormal development or damage is caused to the brain. It can also result from a trauma that was caused during the birth process itself where, for one of many reasons, the infant was deprived of either blood or oxygen.

In either event, if the area of the brain affected controls muscle tone or motor activity, the baby will have a form of CP. Parents who notice an apparent deviation from the developmental norm of their child should seek professional medical advice from an experienced clinic or medical practitioner.

To describe the particular area of the brain which was damaged and the types of movement which are challenged, medical specialists classify CP into 5 broad categories:

Form of athetonia marked by slow, writhing involuntary muscle movement. A mixed muscle tone where some are too high and others too low also characterize athetoid CP.

The least common form of CP, affecting between 5-10% of those afflicted by the disease, caused by damage to the cerebellum which controls balance and coordination. The cerebellum also coordinates the movement of several groups of muscles. Ataxic CP generally affects coordination of movement in an individual’s arms, legs, and trunk.

According to the U.S. Center for Disease Control (CDC), about 10% of all CP patients have what is referred to as a mixed form of the disorder. Mixed cerebral palsy refers to cases in which patients display symptoms of 2 or 3 different types of cerebral palsy. 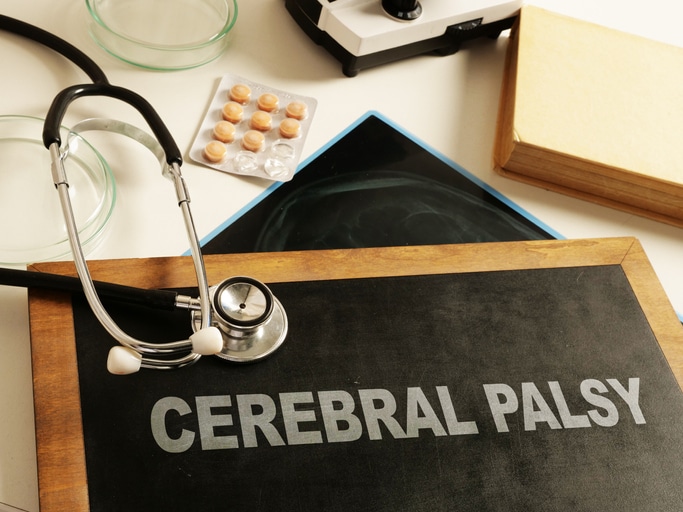 Some of the most common reasons that a baby is born with cerebral palsy include: 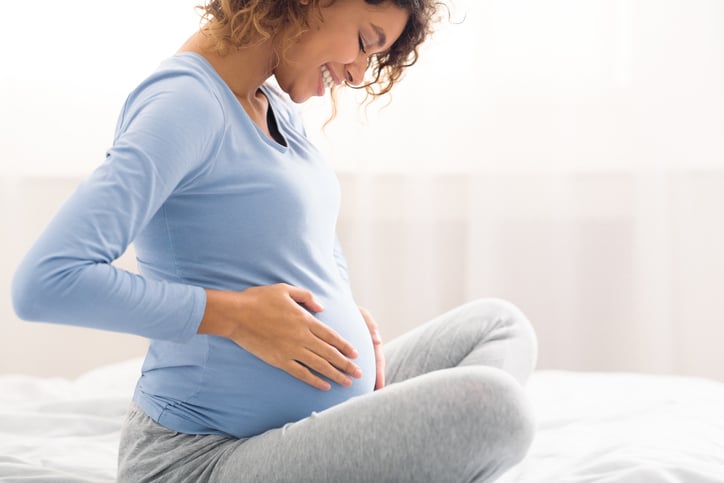 How Medical Negligence Can Cause Cerebral Palsy

It is widely believed that many cerebral palsy cases are a direct result of delivery mistakes. Sadly, procedural errors can be made by doctors that have severe consequences including birth asphyxia, cerebral palsy, and even death.

Although the cause of most cerebral palsy is present before birth, the period of labor and delivery is still risky. Overdue pregnancies, overly large babies, prolonged labor, and breech deliveries increase the risk that a child may develop cerebral palsy during birth. A pregnancy which runs beyond the normal gestational period of 40 weeks is a risk for a difficult delivery because the baby can be larger than normal.

Cerebral palsy delivery risk factors include (but are not limited to):

• Abnormal presentation such as breech, face, or transverse lie, which makes for a difficult delivery

Have you or a loved one suffered an injury because of a negligent doctor who failed to perform their duties competently?

Does My Child Have Cerebral Palsy?

Below is a list of symptoms related to cerebral palsy:

Can Cerebral Palsy be Cured?

There is no treatment that will cure cerebral palsy. The main goal of professionals who work with patients affected by cerebral palsy is to foster as much independence for the individual as his or her impairment will allow. Individuals with seizure disorders may be effectively controlled with anti-convulsive medications.

Physical therapy, speech therapy, and occupational therapy are frequently utilized to maximize participation and independence. For individuals who do not have intellectual involvement, accommodations can be made to living spaces, places of employment, and schools so that they may be included in the everyday world of business, education, and recreation.

For many individuals with cerebral palsy, inclusion is more a matter of management of their medical records, rather than treatment or a cure.

Following your child's interdisciplinary assessment, the professionals providing care for your child will develop recommendations for treatment of his or her cerebral palsy. Thankfully, many treatments are available to help a child function at the highest level possible.

The plan of care depends on the needs and condition of each child and may include:

In order to learn more about the cerebral palsy treatment that is right for your child you need to discuss the options with your local doctor, who can then determine what the needs of your child are, and which forms of treatment will best suit your child.

A combination of medical treatment and therapy is often used in order to most benefit the child, and again your child’s doctor will discuss the combinations and options with you.

See the other related medical malpractice lawsuits we've taken on. 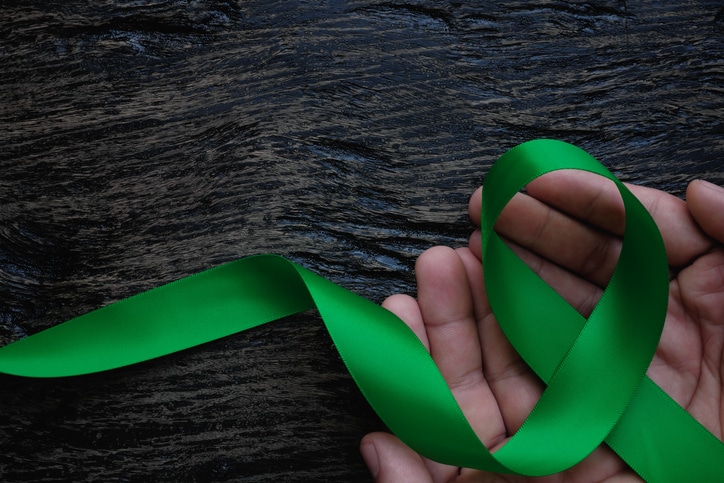 Get a Free Cerebral Palsy Lawsuit Evaluation With Our Lawyers

The Birth Injury Litigation Group at our law firm is an experienced team of trial lawyers that focus exclusively on the representation of plaintiffs in a Cerebral Palsy lawsuit. We are handling individual litigation nationwide and currently helping people file a cerebral palsy lawsuit in all 50 states.

If you suspect that medical negligence has been a factor in your child's birth injury, you should contact us immediately for birth injury lawsuit information. You may be entitled to compensation by filing birth injury claims and we can help.