A Kansas food processing company is now recalling nearly 600 pounds of fresh cut cantaloupe because it has the potential to be contaminated with Listeria monocytogenes, a potentially fatal foodborne pathogen. The product in question was distributed throughout Kansas, Missouri and Nebraska. Consumers who may have the recalled Carol’s Cuts cantaloupe in their possession should discard it immediately or return it to the place of purchase for a full refund.

Cantaloupe Recall Update 8/23/12: Chamberlain Farm Produce, Inc., is now recalling all of its cantaloupes from the 2012 growing season still remaining on the market because they may be contaminated with salmonella. This recall is being conducted in response to a nationwide salmonella outbreak that has sickened at least 178 consumers who have eaten cantaloupes. Click here to learn more.

Cantaloupe Recall Update 8/15/15: Birch Farms, a Faison, N.C., establishment is now recalling all of this growing season’s cantaloupes and honeydews that remain on the market because they may be contaminated with Listeria monocytogenes, a potentially deadly foodborne pathogen. The melons in question were sold between June 23 and July 27, and distributed to 19 states around the country. Click here to learn more.

Free Carol’s Cuts Cantaloupe Recall Suit Case Evaluation:If you or a loved one has been diagnosed with listeriosis after consuming Carol’s Cuts cantaloupe included in this recall, you should contact our law firm immediately. You may be entitled to compensation by filing a lawsuit and we can help. 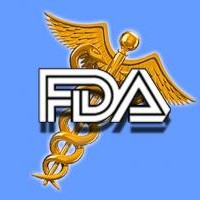 September 23, 2011 - The U.S. Food & Drug Administration (FDA) issued a press release today informing the public that Carol’s Cuts, a Kansas food processor, is currently recalling 594 pounds of fresh cut cantaloupe packaged in 5-pound trays as chunks and as an ingredient in 8-ounce mixed fruit medley because it may be contaminated with Listeria monocytogenes.

The items in question were distributed to institutional food consumers (including restaurants) in Overland Park, Kansas, Kansas City and Maryland Heights, Missouri and Omaha, Nebraska. Institutional customers may have used the cantaloupe in salad bars, as fruit menu items, or in 8-ounce servings in retail venues.

The Carol’s Cuts Fruit Medley product under recall was distributed on August 26th and September 12th, and can be identified by oval label stickers stating Fruit Medley and having Best if Used By dates of September 3, 2011 and September 9, 2011, respectively. The bulk trays of cantaloupe chunks were distributed on August 26th and 29th, and can be identified with stickers with Lot # 72361 or # 72700 and a Best if Used By date of September 3 or September 19, 2011.

The Carol’s Cuts cantaloupe recall is part of a larger recall involving Rocky Ford cantaloupes produced by Jensen Farms in Holly, Colo., which is currently considered to be the deadliest listeria food poisoning outbreak in more than a decade. To date, the Centers for Disease Control and Prevention (CDC) has linked at least 72 illnesses, including 13 deaths, to the tainted fruit. Click the following link to learn more: Rocky Ford Cantaloupe Recall Lawsuit

Need More Info? Click here if you’d like to learn more about other recent listeria food poisoning outbreaks in the news from Schmidt & Clark, LLP.

Do You Have a Carol’s Cuts Cantaloupe Recall Lawsuit?

The Food Poisoning Litigation Group at our law firm is an experienced team of trial lawyers that focus on the representation of plaintiffs in Carol’s Cuts cantaloupe recall suits. We are handling individual litigation nationwide and currently accepting new listeria food poisoning lawsuits in all 50 states.

Free Carol’s Cuts Cantaloupe Recall Suit Evaluation:If you or a loved one has been severely sickened after consuming Carol’s Cuts cantaloupe products included in this recall, you should contact our law firm immediately. You may be entitled to compensation by filing a lawsuit and we can help.